DETROIT (FOX 2) - More than 500 Detroiters who thought they were losing their homes had their lives turned around.

"This is very personal and I know I want to thank everybody," said Monique Irvin.

More than 500 Detroiters who thought they were losing their homes had their lives turned around.

Tears of joy from Monique Irvin, she thought she wouldn't be able to afford repairs to her home and was at risk. But she got help.

"This has been a dream come true for my family having our own home," she said.

She is one of about 550 Detroiters who avoided being foreclosed in 2019 thanks to a program by the Quicken Loans Community Fund, the City of Detroit and The United Community Housing Coalition.

"When someone comes out and protests, everybody in the media shows up," said Detroit Mayor Mike Duggan. "But when people stand up with solutions and say here's how we can help you that does not appear to be as interesting of a story,"

Fox 2 was the only station there as one of the homeowners lives changed.

Roshona Kennedy got the deed handed to her for her family home dating back generations.

"Losing my grandparents’ home they work too hard there have been four generations in there. And I want to keep it going another four.  Another four," she said.

Quicken Loans Community Fund also announced an expansion of a home repair program for Detroiters who qualify. Finding the reason people leave their homes and leave the city, and trying to keep Detroiters in place -- that's the crux of the program. Close to 1,500 residents in Detroit have gotten help when they thought they were being foreclosed.

"By purchasing those properties out of the tax auction through the united community housing coalition we were able to then offer those families the opportunity to be the homeowner of that property for a very affordable price," said Laura Grannemann with Quicken Loans Community Fund.

"I put my faith in United Housing Coalition and it worked, I would recommend anybody for this program that's losing their homes who think they have to leave, they don't. They can help you," Kennedy said. 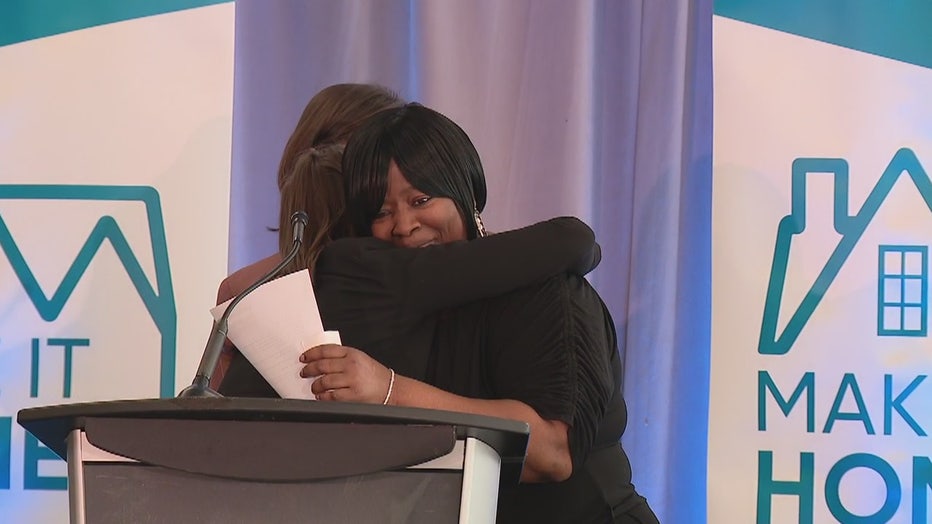 But there are 21,000 homes at risk of foreclosure right now in Wayne County. The outrage over the overtaxing of thousands of Detroiters, costing them $600 million between 2010 and 2017 while costing many others their homes, is still front and center for the mayor.

"I want to lot apartment to come back and say, pretty much everybody that owned a house between 2010 and 2013 if you did not file a tax appeal and win, there's a very good chance you're over assessed," Duggan said. "It's one of the things were looking at is can we create preferences on a whole range of programs were people who own houses between those years but was looking at that, the Law Dept. is looking into that."