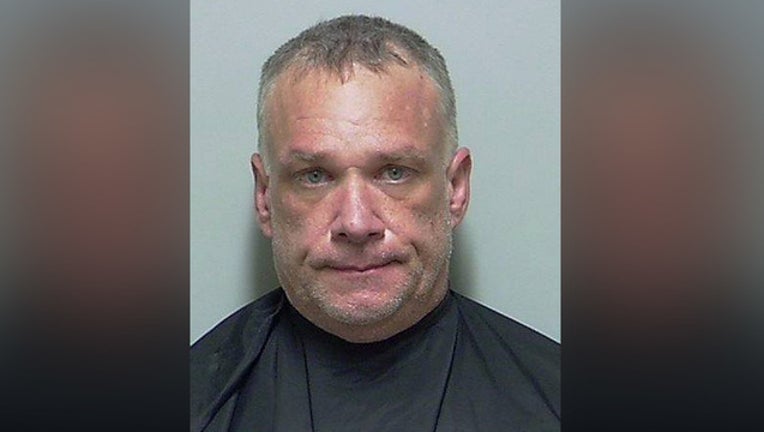 FLORIDA (WJBK) - A Florida man called the sheriff after he had a 'bad reaction' to what he believed was methamphetamine. He told deputies that he believed his dealer had sold him the wrong narcotic and wanted it tested so he could 'press charges'.

Douglas Kelly, 49, was arrested Tuesday after calling the sheriff. He told detectives in the drug unit that he bought meth from his dealer but had a violent reaction so he believed he was sold the wrong drugs. He said he wanted the substance tested because he wanted to press charges on the dealer.

Detectives said they would help ensure the quality of the drug, he just had to bring it to them to get tested.

So Kelly got in his car, drove to the sheriff's office, and gave them a clear, crystal-like substance wrapped in aluminum foil.

They field-tested the contents and determined that it was, in fact, meth - the drug Kelly wanted to buy.

He was arrested and charged with possession of methamphetamine. He's being held on a $5,000 bond.

Detectives say this is a reminder that they are always willing to assist anyone who believes they were misled int heir illegal drug purchase and will happily test the quality for you.