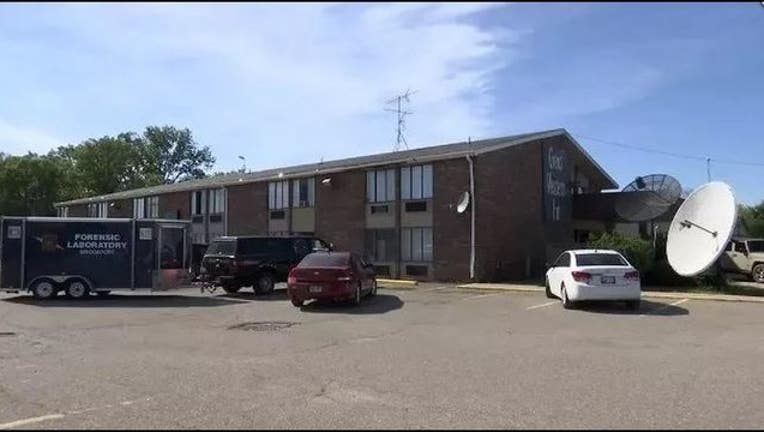 Authorities have closed the Great Western Inn in mid-Michigan after a woman's body was found underneath a bed after five days. Photo courtesy: WNEM.

FLINT, Mich. (AP) - A man accused of killing a woman during sex and then stuffing her body under a motel room bed has been bound over for trial.

Thirty-six-year-old Aaron Thornton was bound over Monday on charges of first-degree murder and unlawful imprisonment in the strangulation of 28-year-old Jessica Flood, of Flint.

Prosecutors say Thornton killed Flood on June 20 in a room at the Great Western Inn in Mount Morris Township. Her body was found five days later after a motel guest complained about a foul odor.

The Genesee County prosecutor's office says the Great Western Inn is notorious for prostitution and drug use. Assistant prosecutor Patrick McCombs says, "They're dropping like flies over there." Police have been called at least 106 times in six months.

Thornton's attorney, Michael Ewing, told The Flint Journal that Genesee District Judge Mark Latchana ruled that there wasn't enough evidence to bind over co-defendant Jennifer L. Harrington on the same charges as Thornton, but she'll face trial on a charge of accessory after the fact.

Police say they were familiar with the victim.