It's called a Glock Switch, and as the name would indicate, it switches a standard handgun into something else.

FOX 2 - The way a 9mm Glock is supposed to work is, pull the trigger and it fires a single round. But a case out of Oakland County is highlighting how a simple switch bought from Russia, can turn that handgun into a machine gun.

It's called a Glock Switch, and as the name would indicate, it switches a standard handgun into something else.

"As a switch, it would just snap on to the back of the gun and switch it from semi-automatic to full auto," said Randall Mullins, manager of Top Gun.

And the recent arrest of Immanuel Gates in Pontiac, highlights how these switches are arriving in Michigan.

"It’s something that criminals are aware of - the dark net and different places, where they buy different things," Bouchard said.

In the case of Gates, who is facing federal charges of unlawfully importing a firearm, it also shows how law enforcement can fight back - with federal jail time.

"We have an ongoing partnership with the FBI and Violent Crimes Task Force, which is based on the Oakland County campus, and then we have a partnership with the ATF to go after people who are using stolen guns or using parts illegally to alter the effectiveness or the rate of fire of guns," the sheriff said.

According to court documents, Gates, who is affiliated with a gang, would buy the switches from a Russian website, and have them shipped over in a package labeled "spare lawnmover parts."

The issue is a gun owner needs a federal firearm license to own and operate a gun conversion switch.

"This is illegal with no additional laws needed," said Mullins. "It’s already an illegal item to have on your gun."

Federal agents seized a package allegedly making its way to gates with 20 such devices inside.

"It has a standard back plate here and a sear on the inside of the gun, which stops the gun from firing more than one round at a time as the trigger is pulled," Mullins said.

Law enforcement says its far too easy for criminals to get their hands on these devices and far to dangerous once they are used to commit crimes.

"Let us know - you can do it anonymously, because in the end, they can hurt the community in which they land," Bouchard said.

In this case, law enforcement tracked Gates from July 2020 to Oct. 2021, saying he made numerous orders from that website, and he is currently awaiting trial for the federal firearm charges.

Gates, if convicted, may be looking at a 10-year federal prison charge. 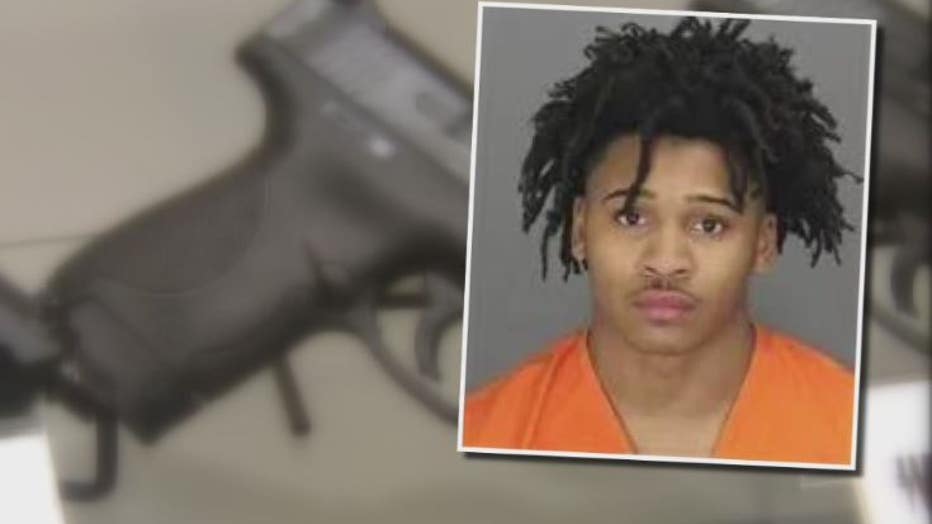