MARYSVILLE, Mich. (FOX 2) - A man's body was pulled from the water in St. Clair County Tuesday morning, along with a vehicle.

Tom Konik with Marysville Public Safety says the car went into the St. Clair River in Marysville, near River and Cuttle roads, around 6:30 a.m.

A man was found dead in a car that had driven into the St. Clair River in Marysville on Tuesday.

Due to the icy conditions overnight it wasn't safe for divers to enter the water for several hours after that. Winds were gusting at 30 miles per hour, the air temperature was 39 degrees, and the water was closer to freezing.

Divers went into the water after 8 a.m. when winds shifted and recovered the body.

SKyFOX was over the scene when authorities pulled out a black Chevy Impala around 11:30 a.m.

The victim has not yet been named.

Konik said authorities aren't sure yet how or why the car went into the water. 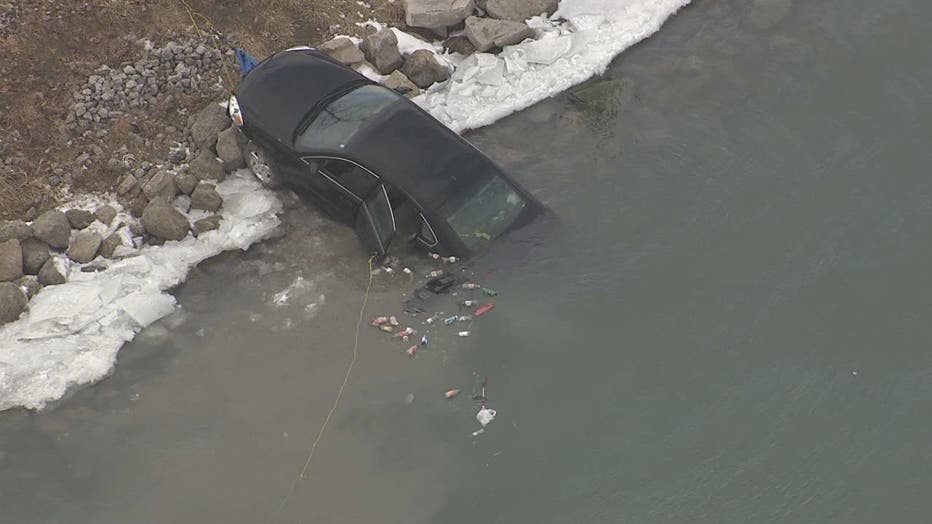