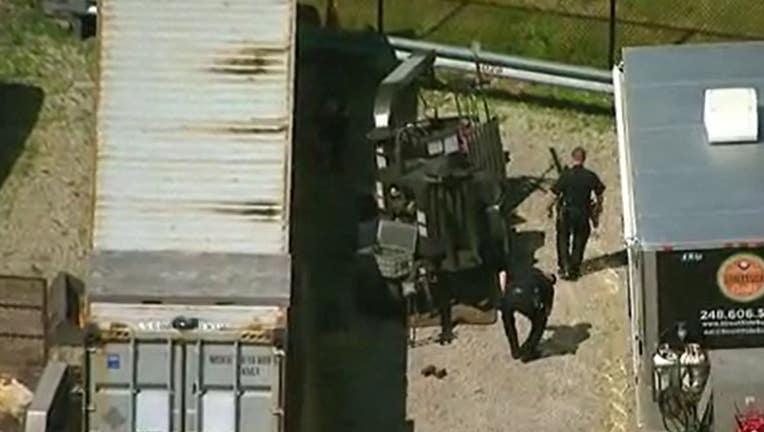 TROY, Mich. (FOX 2) - A man died after he got pinned under a wood chipper at a Troy storage facility Thursday.

Police said the wood chipper was turned off and was up on a jack at Self Storage on Maple near Coolidge. The 45-year-old victim and another man were going to change its wheels when the victim became stuck.

He was taken to a hospital, where he died.