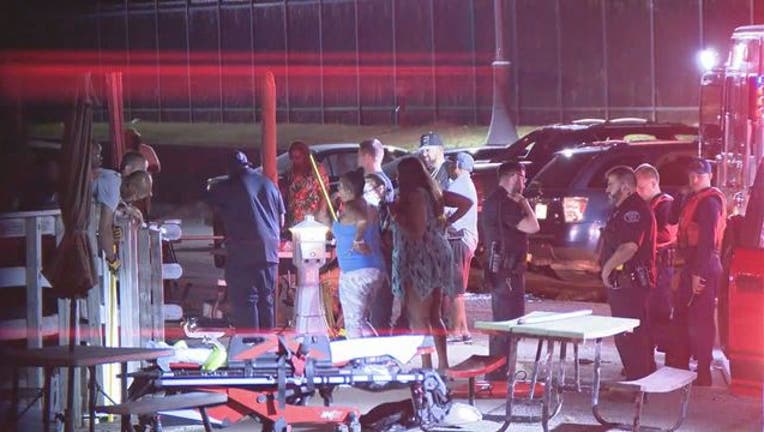 DETROIT (FOX 2) - A body was recovered from the Detroit River early Thursday morning after an hours' long search overnight.

We're told by a group of friends that the victim accidentally fell into a tiny canal of sorts outside the Erma Henderson Marina on Jefferson.

The group were out on a boat on the river lat Wednesday night. After they came back to dock, they hung out in the parking lot area by some picnic tables. That's when the friend, 33-year-old Andre Thomas, walked to the edge of the parking lot to where he thought the fence started to the marina - but fell into a canal that divided the two. We're told the murky canal is about 12 feet deep.

"We were there for about 30 minutes before he walked into the water," one friend told us. "All the boaters was around trying to feel in the water and stick poles down in the water, but I think he got tangled up into that seaweed. The seaweed is as high as the river itself."

Friends showed us a photo of the victim that they say was taken just hours earlier on the boat.

"Just a messed up feeling when your friend hops in the water and you can't do nothin' to save him. And there was nobody out here," another friend said.

The friends tell us they called 911 just after midnight but were put on hold for two minutes, so they hung up and called back.

Fox 2 is still working to determine how long it took rescue teams to get to the marina.