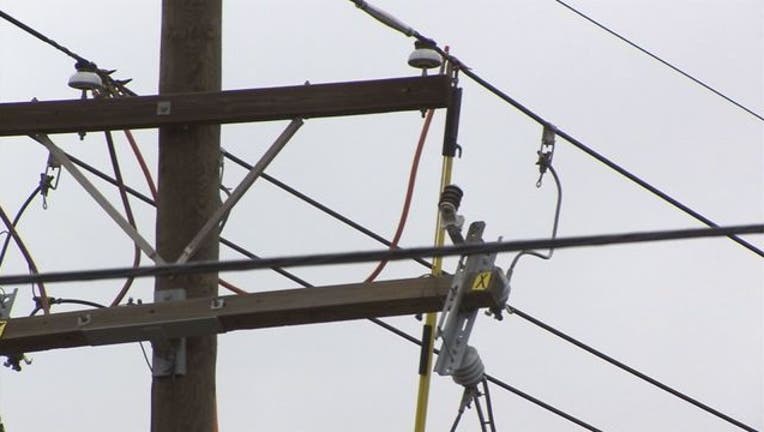 We're told the man was moving the dump truck at The Loop apartment complex near Greenfield Road and I-696 with the boom up when he snagged a DTE line. The line fell down onto his truck.

We're told he got out of the car and was electrocuted when he touched the car, which was energized from the line.

DTE is working with Oak Park police to investigate the death. The man's name has not been released, but we're told he was in his 50s and was working for a landscaping company out of Southfield.

DTE authorities remind that if a wire goes down across your car -- always assume the wire is live and dangerous. Do not attempt to touch or remove the wire, and warn anyone who may try to approach your car to remain at least 20 feet away.

If you're able, stay put. Unless there is a secondary emergency, such as the car being on fire, it is safer to stay inside your car than trying to get out.

Call 911 and let them know you have a downed line on your vehicle. They'll notify DTE Energy or the energy company in that area, and they'll come out to shut off power to the wire.

If you do need to get out of your car, the goal is to avoid touching the car and the ground at the same time.

DTE says to remove any loose clothing, open your car door, step onto the metal frame of the car with your feet close together and tuck your hands and elbows into your chest and stomach.

Jump with feet together. When jumping, keeping feet together is more important than how far you jump. If your feet are apart from each other, it could create a bridge, allowing electricity to run through you. So jump as far as you can from the vehicle without jeopardizing your stance.

Then, shuffle or hop to safety. Using the same concept as above, don't become a circuit. Shuffle your feet in slow and short strides or hop with feet together until you are at least 20 feet away from the wire.