A man was found passed out in the driver's seat of a car while a child was in the back seat in Port Huron. The man also had numerous loaded guns in the car. (NO AUDIO)

PORT HURON, Mich. (FOX 2) - Police in Port Huron arrested a man who was found passed out in the driver's seat with his 11-year-old son playing Pokémon in the back seat next to a loaded handgun.

Emory Lewis, 40, was arrested around 1:30 Monday morning at the Marathon Gas Station on Military Street in Port Huron after he was found slumped over the steering wheel of a car.

When police walked up to the car, they said Lewis was passed out and his 11-year-old son was in the backseat playing with Pokémon cards. Next to the child was a loaded handgun.

As police tried to wake up the man, they spotted another loaded handgun, a .223 rifle with loaded magazines, and a loaded shotgun. Police also said they found open bottles of alcohol, prescription drugs, and what appeared to be illegal drugs as well.

Police said Lewis met a woman on a social media site and drove up from Raeford, North Carolina, to meet her. Police also said he was driving with a suspended license and does not have a firearm permit.

Lewis was arrested and booked into the St. Clair County Jail on multiple charges: carrying a concealed weapon, child endangerment/operating under the influence of drugs, possession of dangerous drugs, possession of a firearm while intoxicated, and driving on a suspended license.

His son was turned over to the Department of Human Services who are working to make arrangements to take the child back to relatives in North Carolina.

"This is another example of proactive policing by members of the Port Huron Police Department which resulted in the protection of a child, the arrest of a dangerous person, and numerous guns taken off the City of Port Huron streets."  Port Huron Police Chief Joe Platzer said. 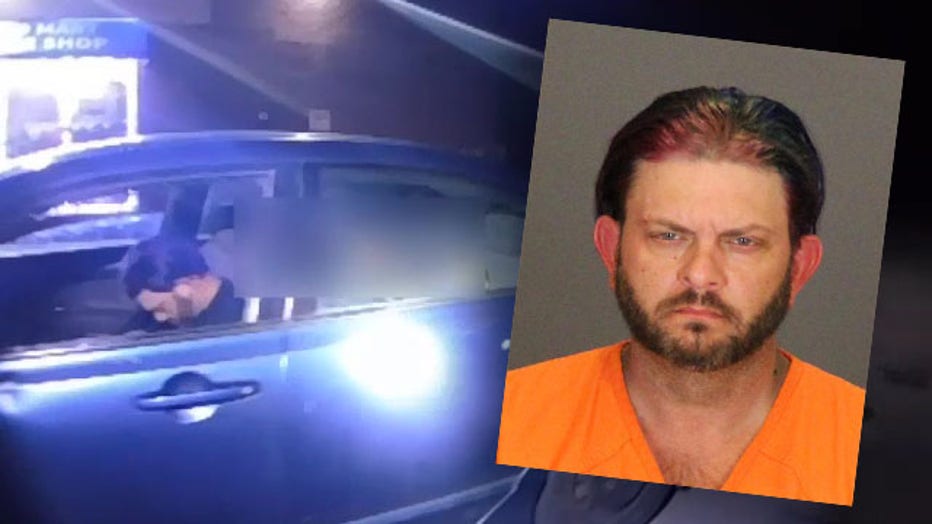 Emory Lewis, 40, was arrested after police said he was passed out at the wheel of his car with his 11-year-old son playing Pokemon in the back seat.