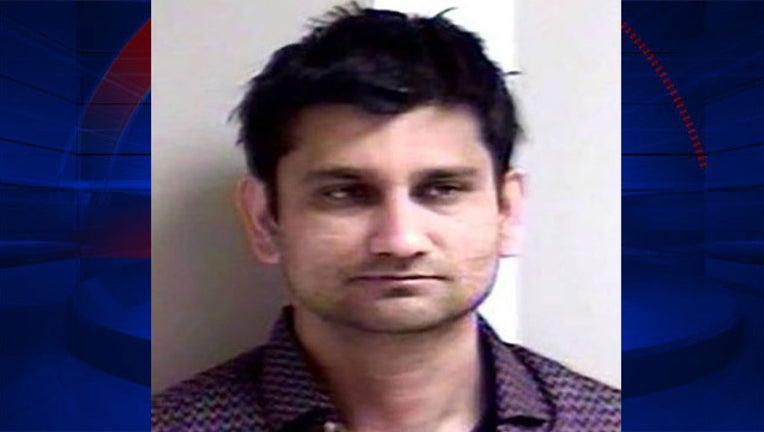 (FOX 2) - A Rochester man was sentenced to nine years for sexual abusing a woman on a plane.

Prabhu Ramamoorthy, 35, was sentenced Thursday for the sexual assault of a sleeping woman seated next to him on a Spirit flight from Las Vegas to Detroit.

Ramamoorthy is in the United States on a work visa from India and will be deported once he has served his sentence.

On January 3, 2018, Ramamoorthy engaged in a sexual act with a female, while she was sleeping.  During the trial, the government admitted evidence demonstrating that Ramamoorthy digitally penetrated the woman sleeping next to him during an overnight flight from Las Vegas to Detroit.  The sexual assault woke her up, she found her pants unbuttoned and unzipped, and she sought help from the flight attendants.

United States Attorney Matthew Schneider stated, "Everyone has the right to be secure and safe when they travel on airplanes.  We will not tolerate the behavior of anyone who takes advantage of victims who are in a vulnerable position. We appreciate the victim in this case for her courage to speak out."

At the time of the assault, his wife sat in the aisle seat, he was in the middle and the 22-year-old victim was in the window seat.

Ramamoorthy first denied the allegations but then said he fell in a deep sleep after taking some sort of medication. He later told investigators that the victim fell asleep on his knees and that he might have undone her bra while playing with it and that he had cupped her breast.

Ramamoorthy was convicted in August after a five-day trial that was conducted before United States District Judge Terrence Berg.  The jury deliberated approximately 3 1/2 hours before returning the guilty verdict.