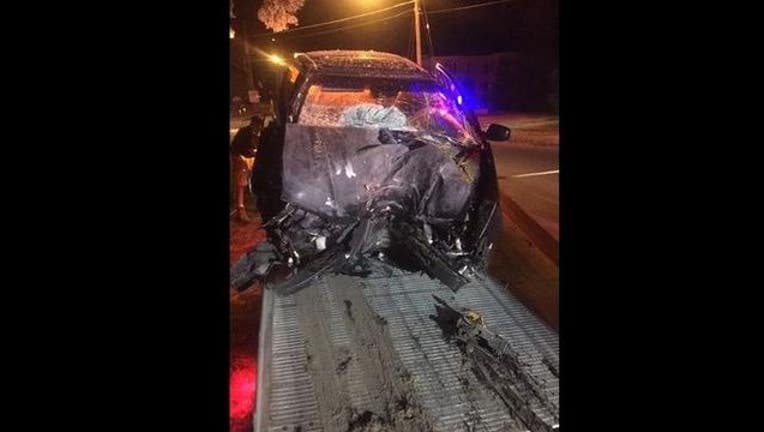 Auburn, N.Y. (FOX 11) - A 28-year-old man was distracted while playing the GPS based game 'Pokemon Go' on his phone. He drove his car off the road and crashed into a tree, police said.

Luckily the man wasn't seriously injured, but the front end of his car was totaled.

'With the sudden popularity of the recently released mobile phone application/game called “Pokemon Go” the Auburn Police Department would like to remind the public using common sense when playing the game should be paramount above everything else.'

'Pokemon Go' is a new popular app. Users who play the GPS-based game use their phones to search for and catch Pokemon.