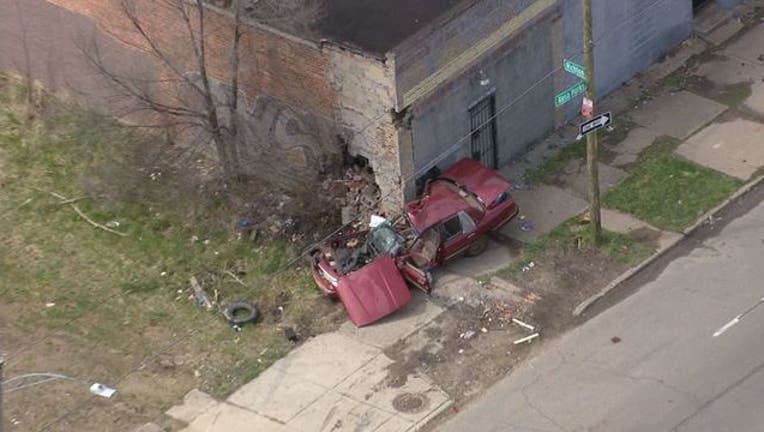 DETROIT (WJBK) - A 40-year-old man was killed Tuesday after losing control of his vehicle and crashing into a building on Detroit's west side.

The man was traveling northbound on Rosa Park Boulevard when he lost control of his burgundy 1994 Mercury Grand Marquis.

He struck a building at the intersection of Rosa Park Boulevard and Richton Street.

Fire crews removed the man trapped inside the vehicle but were unable to resuscitate him.