Father, business owner fights for his life after car crash by driver who ran red light

Sheldon Hayes will likely spend his 42nd birthday in the hospital next week. His family says he’s still in a coma after a devastating crash last Thursday.

HAZEL PARK, Mich. (FOX 2) - A Detroit business owner is fighting for his life - after he was hit by a car that ran a red light.

Sheldon Hayes will likely spend his 42nd birthday in the hospital next week. His family says he’s still in a coma after a devastating crash last Thursday.

"Me, looking at my uncle, he will never be the same - he won’t be the same after this," said Jasmine Hayes, his niece. "Nothing about him will be the same."

The crash happened at Eight Mile and the I-75 Service Drive in Hazel Park.

"As we tried to proceed to the second green light, the car that was on the other side was supposed to have a red light," said Hayes' girlfriend Lexie Griffin. "They totally ran it, like 70 miles per hour, hitting my passenger door, smashing the entire door."

Griffin was in the car when it happened - she suffered head and neck injuries. The impact was so strong, it collapsed the front end of the other vehicle like an accordion.

Hayes was nearly ejected from the car — his family says the bulge in the windshield is where he hit his head during the crash.

"It really hit the glass really hard and it put him in a very critical state," said Griffin. "And his life is going to be much different than what it was before."

Sheldon is a father and business owner.

"And now we have to pick up where he left off and try to keep it going," said Hayes.

"The kids are not doing well right now. At all," said Shawnessy Hope. "Nobody right now is at a good state of mind. Only thing we can do is pray and we need answers."

Police say they plan to investigate the matter further — they were unaware of the severity of Sheldon’s injuries. They say the at-fault driver of the Grand Cherokee was cited for running a red light.

"I don’t know if they were under the influence, I don’t know what they had going on, but the light was totally oblivious to them," Griffin said. "And I really wish people would just follow the law and drive safely, because you never know how much of an effect you’re making on the next person and their life."

Sound advice in general and especially poignant considering the devastating crash there on Eight Mile. His family set up a GoFundMe campaign to help cover medical bills and other expenses HERE. 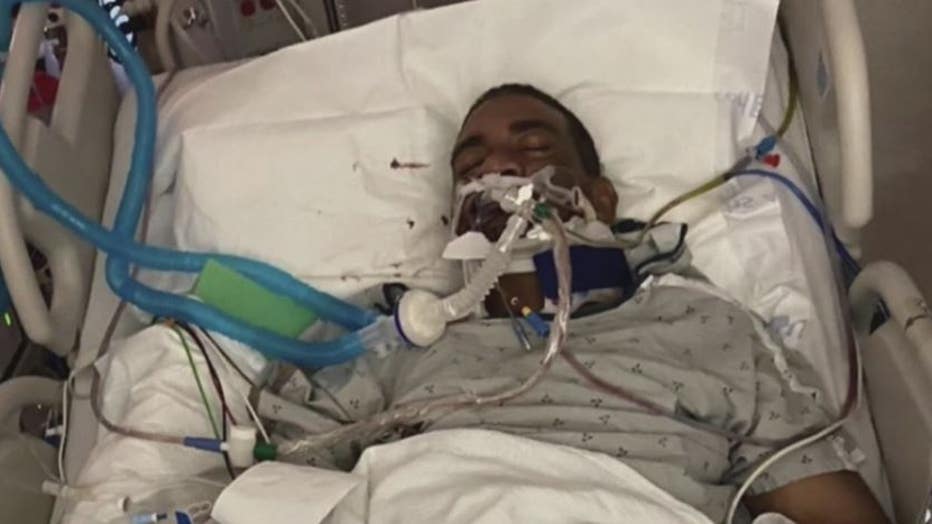