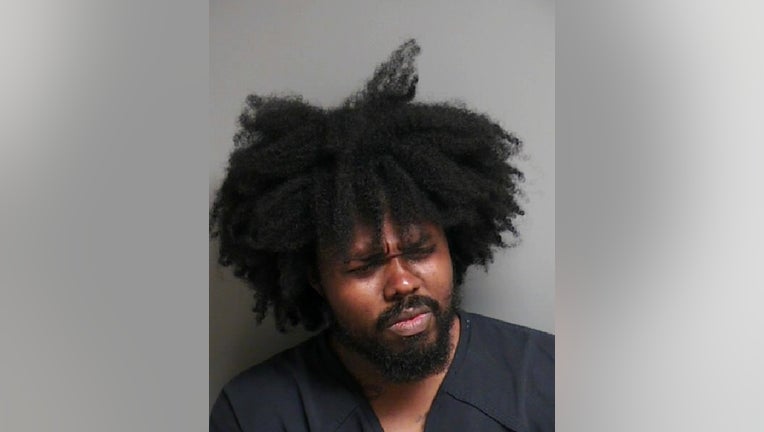 MT. CLEMENS, Mich. (FOX 2) - A 30-year-old man from Detroit was arrested after what appeared to be a kidnapping attempt in a neighborhood in Mt. Clemens.

A witness told police the man grabbed a 6-year-old boy by the arm and tried to walk off with him "to get candy" before letting him go. This happened on May 24 around 5 p.m. in the area of Hubbard and N. Highland Street.

A 19-year-old woman told police she was babysitting her neighbor's children when it happened.

He was trying to give the juice to the kids when he suddenly grabbed the boy by the arm and began walking away with him.

Police say the woman asked him what he was going and that he said he was taking the child to get candy.

The woman told him no and to let go of the boy or she'd call the police. The man let go and walked off.

Macomb County Sheriff's deputies were able to find the man, 30-year-old Luzjaie Captain out of Detroit, in a parking lot on Groesbeck and N. Rose. He was by a vehicle and had the hood up.

Upon seeing deputies, Captain quickly shut the hood, hitting his head, and got into the car.  Captain locked the vehicle doors and would not respond to deputies and at one point appeared to be unconscious.

Deputies forced entry into the vehicle and Captain quickly woke up.

Captain was checked out medically and released. He was then positively identified by the babysitter and refused to speak with deputies about what happened. He was arrested for kidnapping and taken to the Macomb County Jail.

The Macomb County Sheriff's Office says Captain is the subject of a missing person's report out of Detroit from December 2019. He was again reported missing on May 24, 2020, according to a post on the Detroit Police Department's Facebook page. The report says Captain has a history with mental illness.

According to the State of Michigan Department of Corrections website, Captain is currently on parole for Resisting and Obstructing and has a prior conviction of Criminal Sexual Conduct 4th Degree.