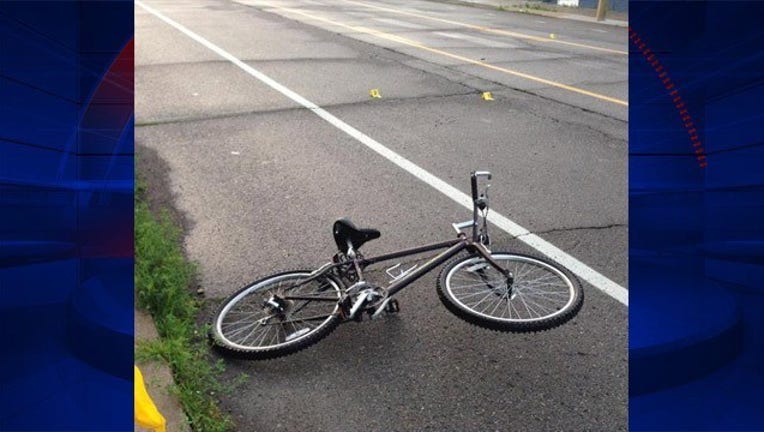 Photo from FOX 2's Charlie Langton, who is at the scene.

Detroit police are investigating after they say a man was shot to death while riding his bicycle.

Police say the victim is in his 50s, but have not given his name yet.

The shooting happened around 5 a.m. Wednesday on Tuller Road, near the intersections of Fenkell and Livernois avenues.

Police are looking for two suspects and say they drove off in a black SUV.