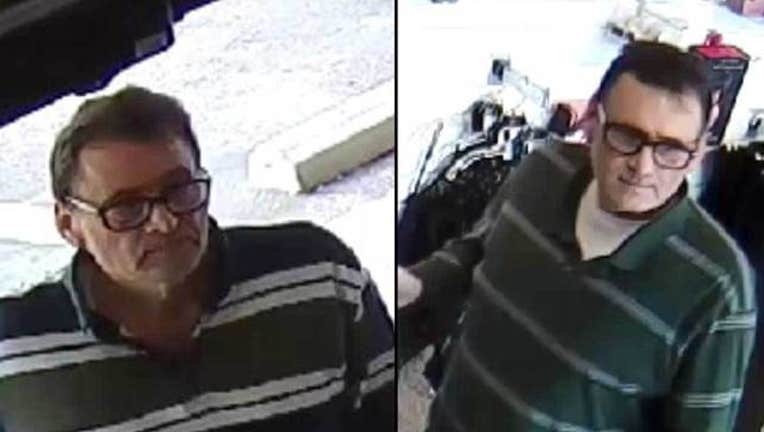 PLYMOUTH, Mich. (FOX 2) - Police in Plymouth are asking for the public's help identifying a suspect in an indecent exposure case.

Police say the man went into the Lover's Lane on Ann Arbor Road on March 24 and exposed himself to employees.

Police say the suspect asked to try on some underwear, and was given mesh underwear. He asked for another pair and while the employee was away, police say he took off the current pair and exposed himself outside the dressing room.

Police say he then tried on the second pair and then exited the dressing room fully dressed, and bought a few pairs of underwear.

Police say the man came back to the store a few time to ask an employee if she liked older men and if he had a chance with her. Police believe the suspect was driving a white Lincoln MKX.