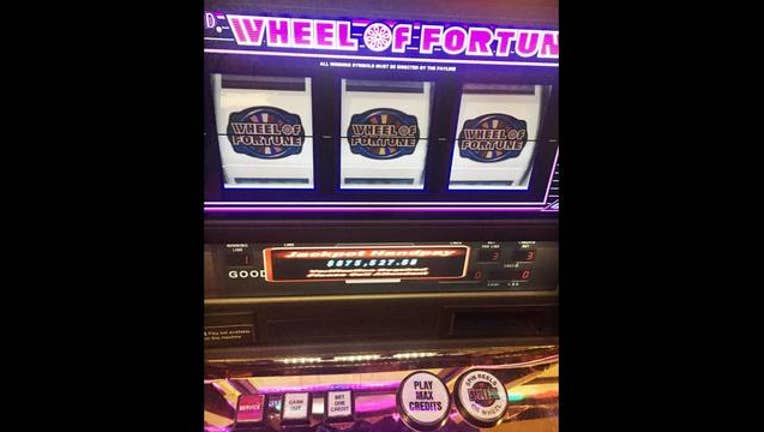 DETROIT (WJBK) - While some may leave the casino feeling a little blue, that certainly wasn't the case for the lucky winner of over $875,000 at Greektown Casino this week.

Officials say a 50-year-old man, who wishes to remain anonymous, put $20 into his favorite machine, Wheel of Fortune Double Diamond, and won $875,527. He said he was so shocked he couldn't move.

The man says he plans to use the winnings to take his family on trip.

According to the casino, this isn't the first time a guest has won some major money on Wheel of Fortune. A guest won the highest progressive jackpot in Detroit history back in 2015 -- more that $2 million -- playing Wheel of Fortune.

The former highest progressive jackpot was also won at Greektown in February 2004 on a nickel Wheel of Fortune machine. That win totaled $1.77 million.