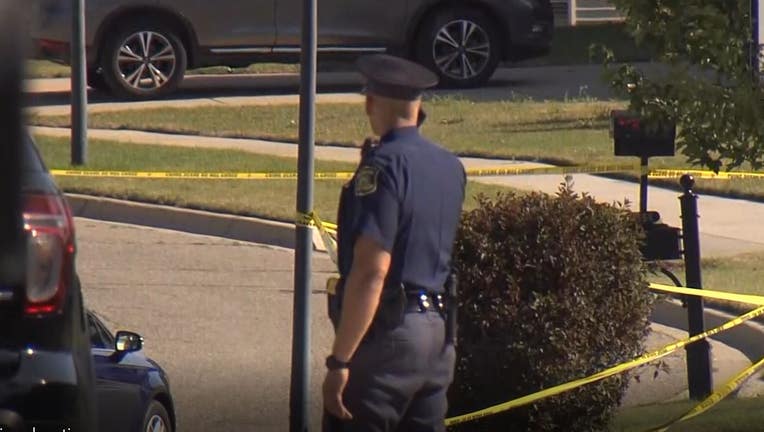 DELTA TOWNSHIP, Mich. (FOX 2) - Michigan State Police are investigating after a man was shot and killed by police Tuesday morning in Eaton County, near Lansing, Mich.

Authorities say the shooting happened after the man stabbed another man who had challenged him about not wearing a mask at a store, and then tried to attack police when he was pulled over.

The shooting happened in a neighborhood in Delta Township about 30 minutes after the stabbing outside a Quality Dairy store, state police Lt. Brian Oleksyk said.

A sheriff's deputy spotted the man's vehicle and shot him when he tried to attack her, Oleksyk said. Eaton County Sheriff Tom Reich said in an afternoon press conference that the man had multiple weapons in his hands, including a screwdriver and two knives.

Video shows the man slowly walking towards the police vehicle over a period of about 20 seconds. Then he lunges toward the deputy near the driver's door, and she can be seen backing away. A series of "drop your weapon" commands can also be heard on the video, as well as multiple gunshots.

The 43-year-old, who's from Grand Ledge, died at the hospital in surgery. He's been identified as Sean Ruis.

MSP says Ruis had earlier stabbed a 77-year-old man outside the Quality Dairy when he was confronted about not wearing a mask. Gov. Gretchen Whitmer has ordered people to wear masks in stores to reduce the risk of spreading the coronavirus.

The older man was in stable condition at a hospital, Oleksyk said, though Reich later said he believed he was in serious condition.

The female deputy is a 22-year veteran with Eaton County Sheriff’s Department and was not injured.

"She saved her life," Reich said. "She had to use deadly force and she did it properly and I'm glad she wasn't harmed in any way."

The deputy is currently on administrative leave pending the investigation.