DETROIT (FOX 2) - The Black Horse Cantina on West Jefferson is in an isolated and industrial part of the city but on Tuesday night around 9 p.m. two men wearing masks and carrying guns walked in the front door with a plan.

That plan was made clear immediately.

The Black Horse Cantina on West Jefferson is in a isolated and industrial part of the city but on Tuesday night when two men wearing masks and carrying guns walked in the front door with a plan.

"They are talking real loud, give me the money. We want the money," said owner Jaime Carrillo.

"I just see the guy over there in the doorway, later I just see only the gun," Carrillo said.

Plus, three more holes in the wall. In 24 years of owning and operating this bar, the owner says they have never been through anything like this.

Augustin was tending the bar at the time. He said he was hit over the head by the robbers and led to the cash register.

"He made me give them all the money and he started throwing bottles of liquor in a garbage can which was crazy, it was breaking everywhere," he said. 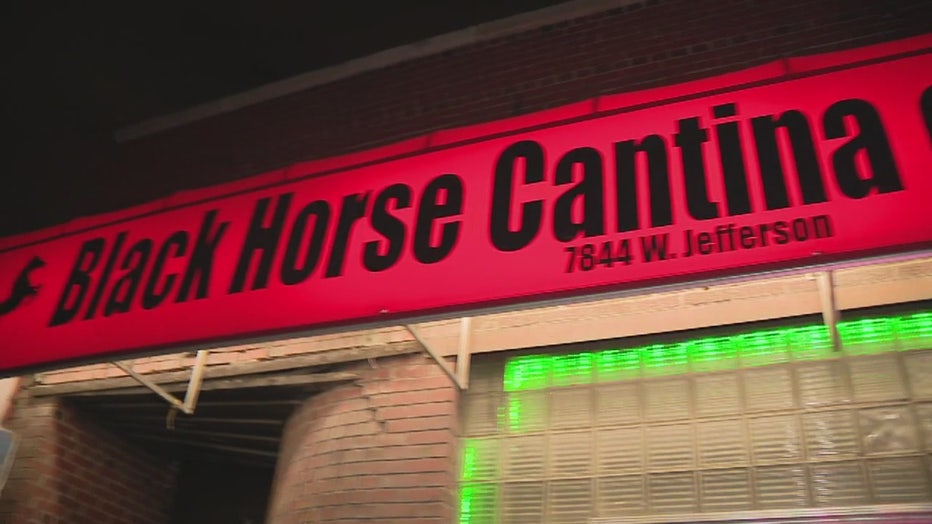 Stealing hundreds of dollars of liquor, telling the two customers to get on their knees. The bar does have security cameras.. and this would be the time when we show you the crime in action but:

"Maybe about a week ago the electricity cut off. They didn't come to fix it and we thought the cameras were working but we find out the cameras don't," Carrillo said.

The cameras are working now if anyone gets a similar idea they will be ready. In the meantime, they are hoping anyone with information on this crime comes forward