EL SEGUNDO, Calif. - In an effort to make its number one card game more accessible and inclusive for families, Mattel announced a version of its UNO card deck featuring braille.

The cards have braille on the corner of each playing card to indicate the color and number or action, Mattel said Tuesday in a press release. UNO Braille was designed in partnership with the National Federation of the Blind, the oldest and largest organization of blind people in the U.S., to make the game more widely available for the more than 7 million blind and low-vision Americans across the country.

The packaging on UNO Braille features braille on the front and back for clear identification, Mattel said. It also directs players to UNOBraille.com with play instructions in BRF, or braille readable files, available for download.

Mark Riccobono, president of the National Federation of the Blind, said the game helps to promote “the importance and normalcy of braille by putting it in places people might not expect.” 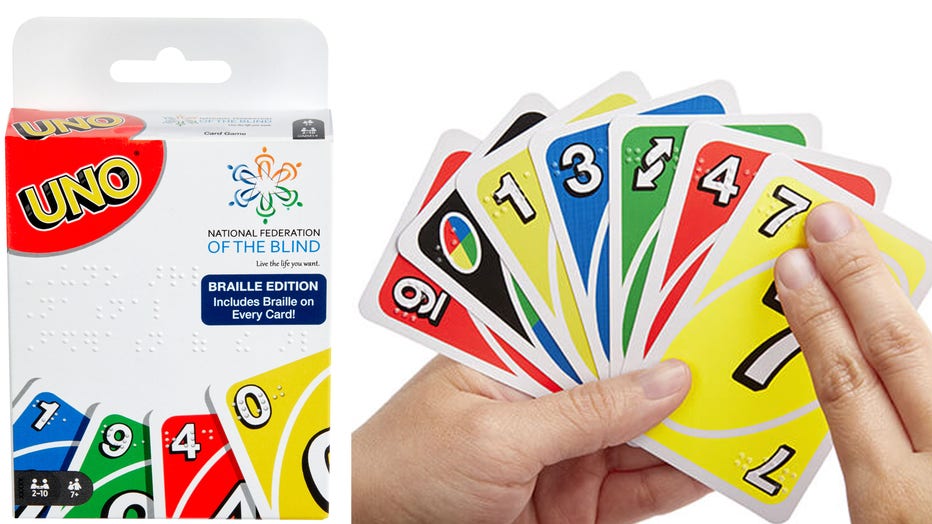 UNO Braille features braille on the corner of each playing card, indicating the color and number or action in the game. (Photo credit: Mattel / UNO Braille)

“The fact that a blind person is now able to play a classic game of UNO straight out of the box with both blind and sighted friends or family members is a truly meaningful moment for our community,” Riccobono said in the release.

UNO Braille is available at Target stores nationwide and on Target.com for $9.99.

This isn’t the first time Mattel has made an effort to make its products more inclusive. In 2017, Mattel introduced UNO ColorADD, allowing those with color blindness to take part in the card game.

Last week, Mattel debuted a line of gender-neutral dolls allowing kids to customize them with long or short hair, wearing a skirt, pants or both.