Frustration with police resources boils over at council meeting

Staff shortages, lack of new equipment and pay are just a few of the issues that have the police department in Melvindale fuming.

MELVINDALE, Mich. (FOX 2) - A council meeting brought a clash between Melvindale police and city officials as members of the roughly 17-person force issued a warning.

"For a number of years the officers of the Melvindale Police Department have sounded the alarm that our police department is heading towards the edge of a cliff," said Sgt. Matthew Furman.

Furman, representing his brothers and sisters in blue says the sticking points are staffing and pay. And the list of grievances goes on and on.

"A combination of the lowest pay in the Downriver area and the second-lowest pay in Wayne County, no pension or meaningful retirement, lousy benefits and other factors such as a rundown station, insufficient equipment, lack of training, lack of opportunity, chronic short-staffing and excessive forced overtime has taken its toll," he told the council.

"We are burned out. Morale has been dead for years," he said. "We are physically, mentally and emotionally exhausted."

Council members say no one is against the cops and that being short-staffed is merely a sign of the times with residents unable to afford higher taxes to boost salaries.

Our citizens pay 24 mils for police alone," said Mayor Pro Tem Joe Jackson. "Our taxes are through the roof okay, for the police - because of pension issues, okay? We’re not going to put our citizens back in the same (situation) we were in before."

Members of the city’s public safety committee appointed by the mayor say they have work to do, but make it clear public safety is not threatened in the meantime.

FOX 2: "Do you feel like you have enough police staffing right now to protect the citizens of Melvindale?"

"Yes," said one member. "We have the same staffing out there on the road at any one time, that we’ve always had for 100 years."

Some Melvindale city officials feel that they will be able to fill those police job vacancies, but that remains to be seen. 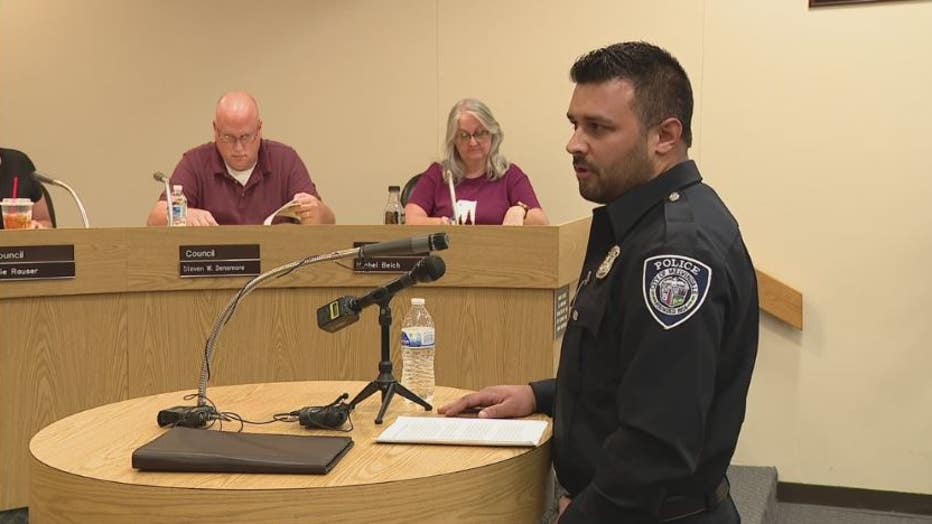