Ali Bazzi and his brother Mo started out with the purchase of a Tesla and a belief that they need to be a part of this industry. Their idea: If the electric cars are coming, why not be the company where customers go to plug in.

REDFORD TWP., Mich. (FOX 2) - Hot off the heels of the Detroit Auto Show where electric cars were the focus, two Metro Detroit brothers are embarking on a business together.

Ali Bazzi and his brother Mo started out with the purchase of a Tesla and a belief that they need to be a part of this industry. Their idea: If the electric cars are coming, why not be the company where customers go to plug in.

"We have 300 contracts that we are dealing with right now - plazas, gas stations, universities, physical therapy centers," Ali said.

You can add shopping malls and gyms to the Elia Car Charging Stations list that grows by the day, all in Wayne County so far. FOX 2 met them at the site of their first location, the BP at Plymouth and Beech Daly in Redford Township.

"People go in there and plug in their car and come out with more miles than they came out with," Ali said.

They plan to be operational there by week's end. And as for the 299 customers, they have a contract with, Ali says he expects more by the end of the month.

It is an ambitious undertaking for two brothers to enter a fast-growing industry with a lot of unknowns, but they do have help coming from Madison Heights.

"We have a very good distributor that allowed us to go in there and buy as many as we can and then we’re here," Ali said.

The business model works like this: Their company Elias Car Charging pays the upfront cost to install the chargers.

"You pay by the minute, so how many kilowatt-hours this thing shoots out and how many miles you need," he said. "So if you look, and you have 30 miles left, and you're good with it, unplug it and put it back in."

Business owners who want in, also get a cut.

"Thirty percent of the gross revenue goes to the business owner," Bazzi said. "All the installation is on us. We pay the DTE bill."

As they start out in this brand-new industry there are bound to be bumps in the road, but they also plan to adapt as long as they stick to a simple mission statement.

"We are just here to give people every option they can have, to make sure they can get from a to b," he said.

You can learn more with their Instagram page HERE. 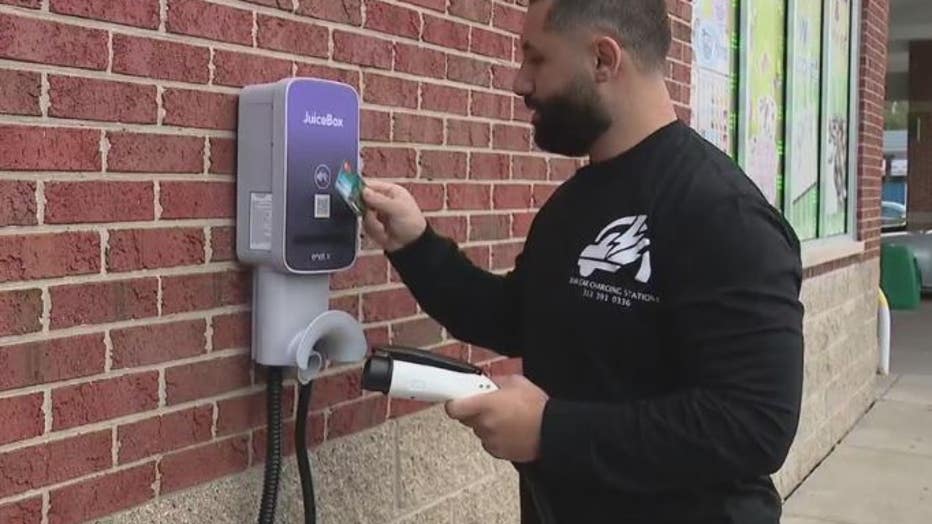