Through the religious-based organization, Mission Eurasia, the Parsons have been able to be a helping hand and calming presence to hundreds of Ukrainians who make it to Poland.

FOX 2 (WJBK) - As the fallout continues over the Russian-made missile, which struck Poland and killed two people, the news hits close to the heart for the Parsons family who just returned from Poland days ago.

FOX 2: "What kind of feelings do you go through when you hear of something like that?"

"My heart sinks," said Don Parsons. "Ukrainians and Poles in-country - that fear intensifies. I know in these last nine months of the war, the Polish people have often said that they are greatly concerned if Russia were to succeed in Ukraine, they would be right on the border and they would face, themselves, that same kind of offensive against them."

FOX 2 first met Don and Esther Parsons back in March as the conflict in Ukraine escalated.

The West Bloomfield couple started a church and raised their family in Ukraine during the late nineties.

In the months since we last saw them — Don has spent six of the past nine-month war in Poland helping displaced Ukrainians.

Esther has visited and helped in Poland too. During our interview, she wore a vyshyvanka — a traditional Ukrainian embroidered shirt — in solidarity.

Through the religious-based organization, Mission Eurasia, the Parsons have been able to be a helping hand and calming presence to hundreds of Ukrainians who make it to Poland.

They serve food and pray with the families who have nothing but the clothes on their back and a cot to sleep on.

"On the ground, you see a coming together," Don said. "What Russia tried to do to divide the country, to rip it apart, has actually served the exact opposite purpose and brought them back together."

The Russian airstrikes have intensified this week - aimed at robbing Ukrainians of heat this winter.

The Parsons plan to return to Poland in January to help and you can help too.

If you would like to help, go to Mission Eurasia HERE. 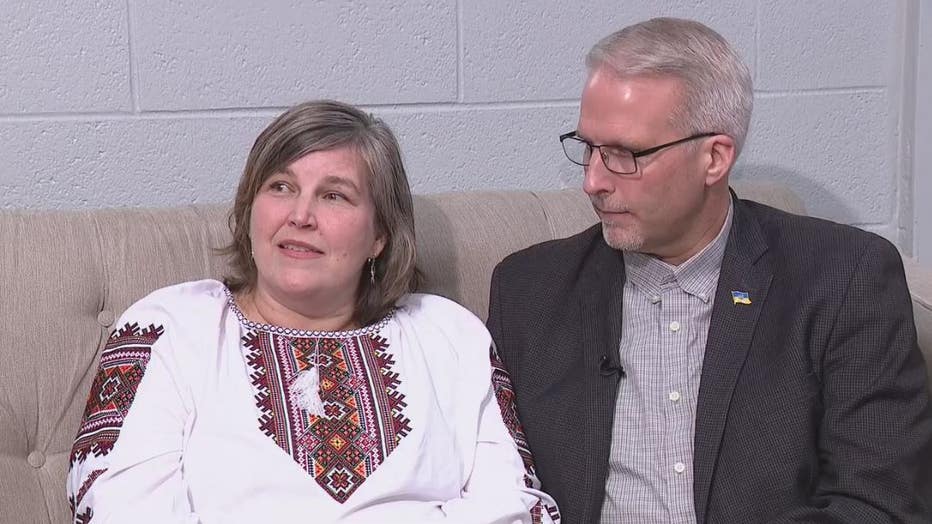