FOX 2 - After four presidents, 20 years of training, and more than $80 billion many Americans felt it was more than time to pull US forces out of Afghanistan, but didn't expect the horrific images that would follow.

Since President Joe Biden's decision, the Taliban has taken control of the country amidst chaos and violence.

After five presidents, 20 years of training and more than $80 billion many Americans felt it was more than time to pull US forces out of Afghanistan, but didn't expect the horrific images that would follow.

"At the end of the day it's a lose-lose situation," said Samuel Wilson. "I don't think anyone thought it would happen as fast as it did - but I have to agree with Biden, we were only delaying the inevitable."

"The ones that support America, the military, the Army, get them out of there," said Eddie Bellamy. "And the women - I really feel pain for them."

Bellamy, who served in the Navy for 23 years, believes our troops did their part - the Afghan military needs to do theirs.

"If you don't care for your own country or your own town, and you aren't going to defend yourself - why would I defend it for you?" he said.

"I'm disappointed, I am sad," said Molly Tredwell. "I feel bad for the people of Afghanistan we've left behind. The way we did it was horrible.

"A lot of people sacrificed and that's what we do in the United States, we help out. It's sad."

What went wrong? Biden stands by his decision but admits it happened "more quickly" than expected.

Despite decades of training, many doubt the Afghan army was ready or willing to go up against the Taliban, which is getting ready to return the country to Islamic rule.

"I am a firm believer in Islam enough to say like, I don't consider ... " said David Fabian.

FOX 2: "You agree with the Taliban right now?"

"Not necessarily, but I don't deny they don't have something worth fighting about."

"I don't think we should be over there," said Debbie Lyons. "I think we have more to protect here we have homegrown terrorism we don't have under control here." 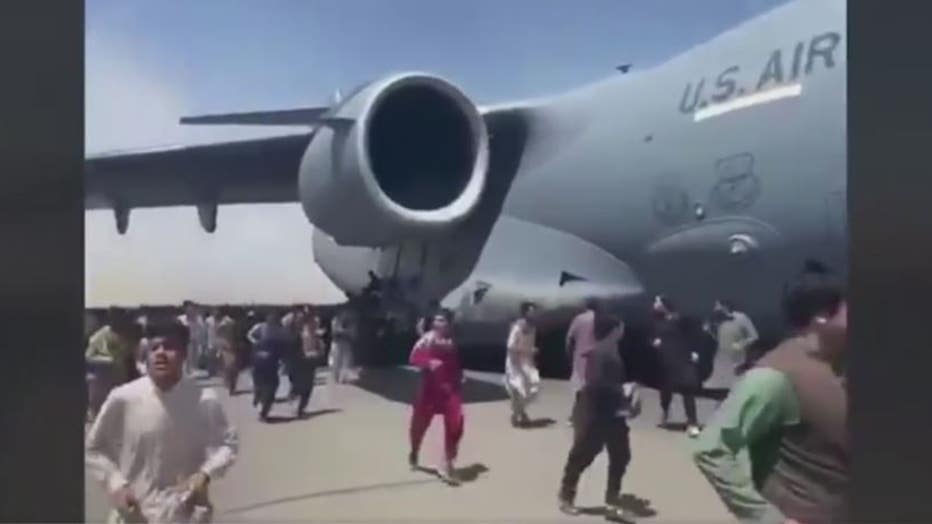 Lyons is a veteran, who lost friends who fought for our country, while her husband and now son helped the Afghan army rebuild theirs.

"I think we need to protect home and Afghanistan is not home." she said. "My husband served, I served, my son is over there. I don't think that's where they need to be. They need to handle their own government."