"It's just creating these blueprints that can be circulated so that anybody with a 3-D printer can manufacture these types of weapons," Nessel said.

Dana Nessel is among 21 attorneys general announcing a lawsuit against the Trump Administration's latest effort to allow 3D-printed gun files to be distributed on the Internet.

The multi-state lawsuit filed Thursday out of Seattle, Washington said that allowing instructions to print these so-called "ghost guns" that are available to anyone with a computer is reckless.

"You can manufacture virtually any kind of gun, including military-grade weapons, including AR-15s and AK-47s," she said.

Nessel says many of these plastic ghost guns are even able to pass through metal detectors.

"Our concern is they are going to wreak havoc upon our schools, our houses of worship, our offices," she said.

Nessel says another major issue with these ghost guns is they're not traceable -- no serial numbers and unregistered.

"How are you going to trace the gun? You don't even know where it was manufactured. I could be manufactured anywhere, by anyone, at anytime," she said.

The suit calls this a threat to world peace, national security and foreign policy. A similar multi-state lawsuit was filed last year when a federal judge struck down the Trump Administration's attempt to allow the release of the gun files, but the administration trying again by pursuing formal rules, allowing unlimited distribution.

"The federal government should be preventing this from happening," Nessel said. 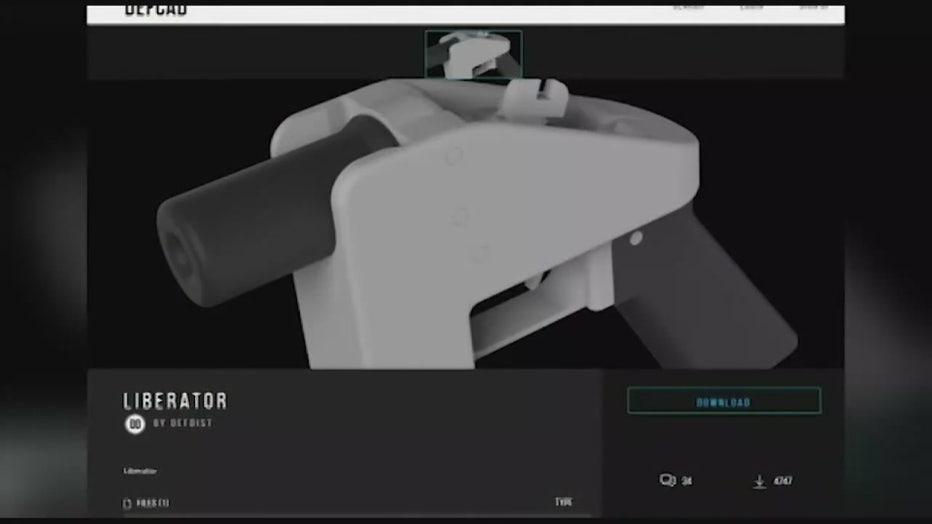 While many argue there is a constitutional right to publish the files, Nessel says the easy access to them could sharply increase gun violence.

"I don't care - you can be the most hardcore gun rights advocate in the world but I think we can agree, there should be some sort of regulations of firearms," she said.

The Trump Administration not commenting on the suit Friday as the attorneys general coalition awaits a response.