LANSING, Mich. - Michigan's Auditor General had some harsh criticisms for the technology, management, and budget office in its latest report, arguing the department put the state at increased risk for fraud and waste due to policies adopted during the COVID-19 pandemic.

In a review of practices by the Department of Technology, Management, and Budget (DTMB), Auditor General Doug Ringler said he couldn't verify if some of the purchases for personal protective equipment had been successful. Another instance showed the state made nearly $5 million available for potential theft.

"Consistently, DTMB exposed the State to an increased risk for fraud, waste, or loss of funds," read part of the report.

According to the audit, DTMB lacked an emergency plan prior to the pandemic and by the time the state went into lockdown, measures taken by the department put state funds at risk of getting stolen. The office also issued payment cards that made it more difficult for auditors to track purchases. At other times, a lack of documentation supporting the purchase of millions of dollars worth of PPE could not be located. 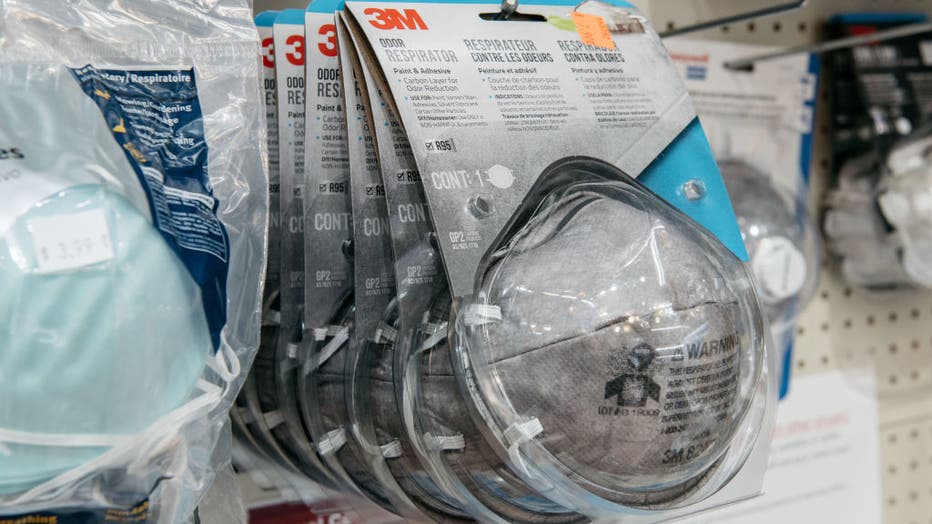 Amidst fears of a growing Coronoavirus pandemic, protective facemasks are sold at a Manhattan hardware store on February 26, 2020 in New York City. Stock markets have been volatile and concern has grown as cases of the flu-like virus expand to Latin

At the onset of the public health crisis, acquiring PPE became a challenge due to demand outstripping supply. As a result, many vendors began requiring payment for supplies before it could get delivered.

In total, $96.9 million was wired to vendors prior to some or all goods were delivered. Of that, about a quarter of funds had to be recalled. In one specific case, it required two separate interventions from the banks as well as a freeze on one vendor's account after they attempted to withdraw $4.9 million in funds.

Most of the money was recovered, but the state did lose $24,896 amid the confusion.

While DTMB agreed with that recommendation for more internal protections, it pushed back on criticisms of how it distributed payment cards to employees.

"During the height of the pandemic, there was an extraordinarily high level of demand for personal protective equipment (PPE) which far extended the supply. As a result, many vendors were requiring immediate prep-payment. DTMB obtained procurement cards for three additional central procurement staff but since the timing was critical in obtaining PPE, DTMB needed to have additional buyers available to make purchases at a moment's notice."

According to the audit of 39 transactions from the shared payment cards, 35 were found to be okay.

But it could not determine if supplies from the other 10% of purchases were received by the state.