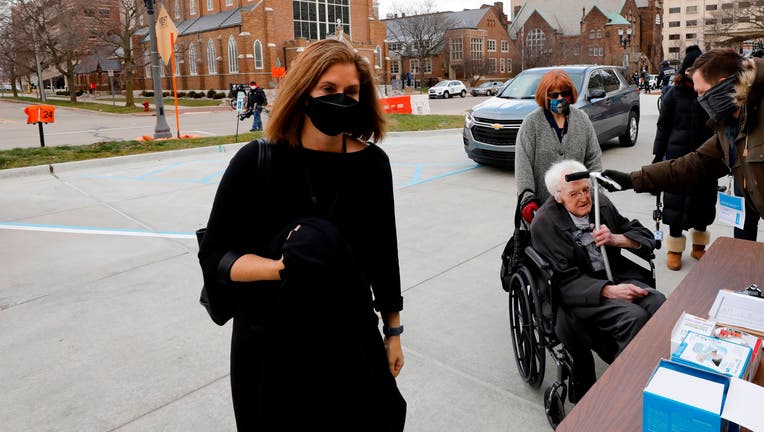 LANSING, Mich. (FOX 2) - The Michigan High Court's chief justice is leaving the bench before the end of the year.

In a letter to Gov. Gretchen Whitmer, Chief Justice Bridget Mary McCormack said she planned to retire from the state Supreme Court no later than Dec. 31, 2022 - years before her term was scheduled to end.

"A decade can be a common measuring point for personal and professional change," read a statement included in the release. "Over the last 10 years, my kids grew up and went off to college and graduate school, we bought a pickup truck and an RV, and I have had the honor of serving as Chief Justice for the past four years."

"Making good on a campaign promise I made in 2012, I have given my every effort to do justice and ot make the Michigan judiciary as fair and accessible as possible. After a decade, the time has come for me to move on, to let others lead, and to build on a foundation of progress."

McCormack cited her establishment of a commission to help those who can't afford a lawyer, secured grant funding for Michigan Judicial Council.

In a statement, Whitmer thanked McCormack for upholding the rule of law during her tenure.

"The deep dedication and sound leadership she brought to our judiciary were matched only by her keen intellect, genuine warmth, and disarming wit. Whatever she touched, she made better, and we are grateful for all she has done to serve Michiganders and our state."

Whitmer ensured a "smooth transition" to the next chief justice, who she will appoint.