Volodymyr Zelenskyy delivered a moving speech to Congress Wednesday about the ongoing war, the effects on his people and the battle with the Russian invasion.

"I am very concerned for the people of Ukraine - not just from a military perspective but from humanitarian aid perspective," said Michigan Congresswoman Debbie Dingell (D).

But it is also the horrifying impact the unprovoked war with Russia has had on Ukraine and its people, that shook members of both sides of the aisle to their core.

"We came together on this issue and it really tugged at all of our heartstrings, there was not a dry eye in the house," said Michigan Congresswoman Lisa McClain (R).

Lawmakers say our country is ready to help but have been debating how involved the US should be.

Zelenskyy compared Pearl Harbor and September 11th to Ukraine's daily battle - he pled for immediate assistance from the American military and instituting a  no flyzone.

But a majority of Congress is wary of direct US involvement that could escalate this war - and could have frightening consequences around the world.

"I don’t believe we should be negotiating our national security on the front page of the papers," Dingell said. "Two,  when you look at that truck convoy, I had the same reaction everybody did, why aren't we bombing it. But I don’t want boots on the ground in Ukraine and I don’t want a war with Russia."

"But I do think we do need swift immediate sanctions that really hit economically where it hurts," McClain said. "I know that is not easy at times, but that is a better avenue than a no fly zone and putting American troops in harm's way."

McClain says she wishes our administration acted sooner when it comes to harsh sanctions.

Some members of the Republican party have gone as far as complimenting Putin's tactics. McClain maintains a majority absolutely do not.

"Clearly I don’t think that," she said. "Putin is an absolute evil man. His actions have shown it time and time again.

"That is actually one thing the president and I agree on, he is evil. And you are not dealing with a rational and logical human being."

"I take very seriously what could happen and how this could escalate out of control," said Dingell. 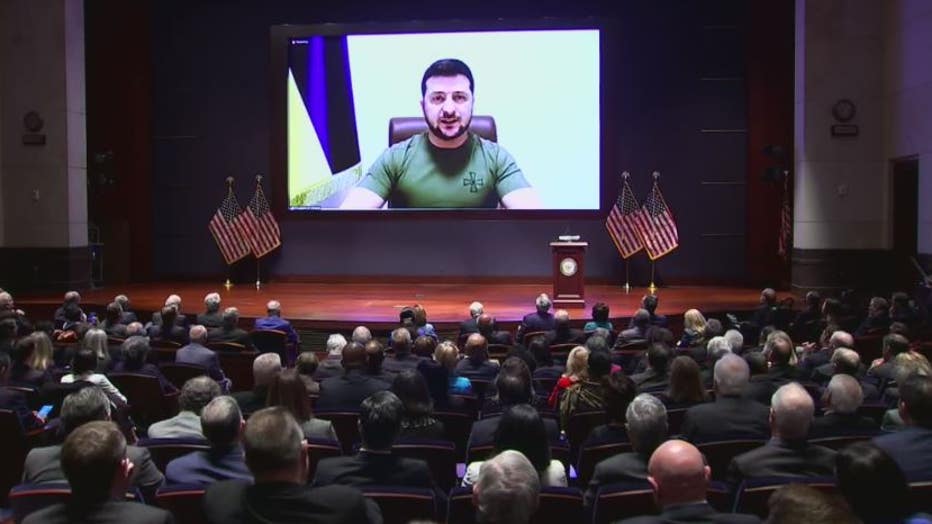