"Reggie Reg" Davis is fed up with gun violence.

Bills introduced in the Republican-led Legislature would subject the sale of rifles and shotguns, not just handguns, to background checks under state law.

Federal law requires background checks when firearms are bought from licensed dealers but does not cover transactions between unlicensed sellers and buyers — which gun-control advocates have long sought to address.

Democrats pointed to polls in which more than eight in 10 Americans have supported expanded background check requirements in the wake of mass shootings.

"They are overwhelmingly telling us to do this, to fix this problem. So hiding our heads in the sand — or some folks in the Legislature hiding their heads in the sand — is really irresponsible, at best," said Sen. Rosemary Bayer of Beverly Hills. She said the loopholes enable domestic abusers, people with violent criminal pasts and people with mental health issues to buy long guns from unlicensed sellers.

"We must take action" to prevent future tragedies, she said, pointing to more than 15,000 gun-related deaths in the U.S. this year. Twelve states require universal background checks for all firearm sales, Bayer said.

The legislation is likely to die, however, as have similar bills introduced every session since at least 2013. GOP lawmakers generally oppose gun-control efforts.

Abby Walls, spokeswoman for Republican Senate Majority Leader Mike Shirkey, said state law prohibits private owners from selling any type of gun to buyers who committed or are charged with a felony and therefore would not have passed a background check.

Democrats were perplexed by the response.

"It’s clear to us, in statute and in practice, that private sellers are not currently required to run background checks on long guns," Bayer said. 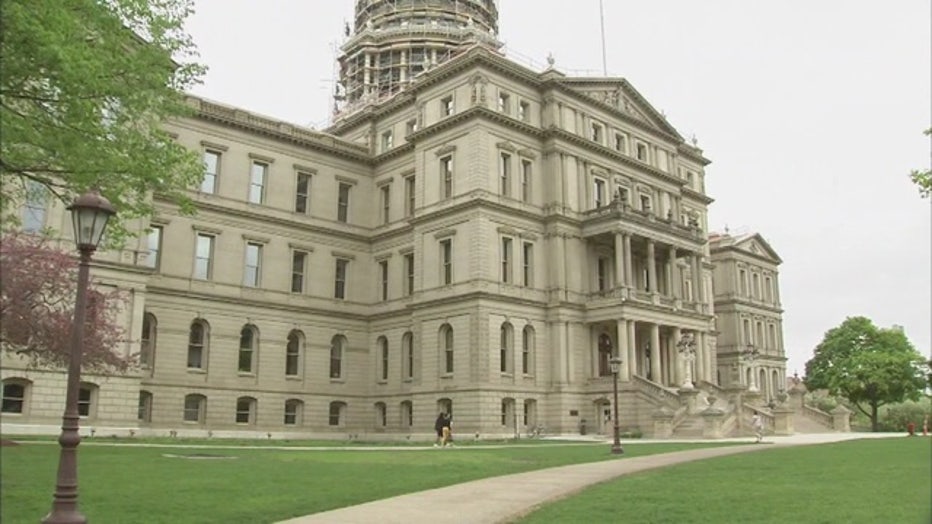