"On Sept. 16, 2021, a trail camera photo was taken of a cougar in southern Dickinson County," said Cody Norton, the DNR’s large carnivore specialist. "This is about 50 miles from where a July 20 video was captured in Baraga County." 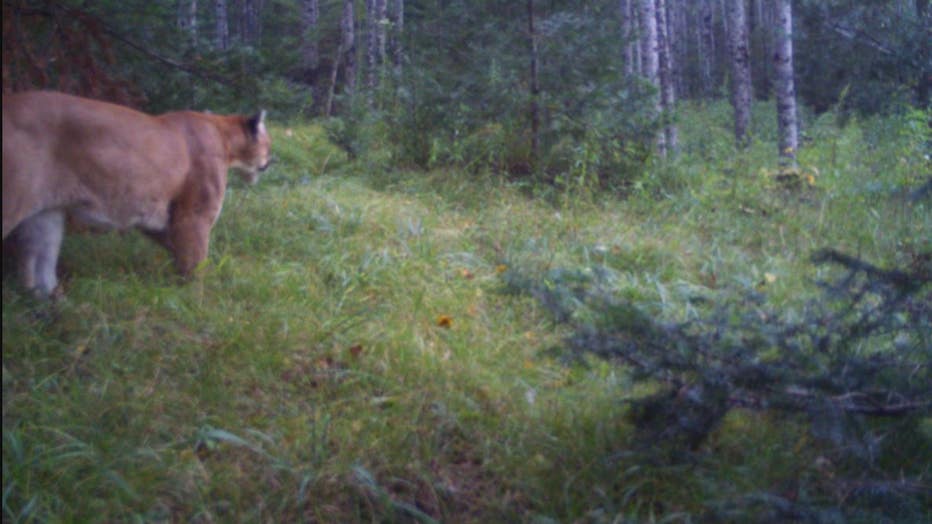 On Sept. 16, this trail camera photo was taken of a cougar in southern Dickinson County. This is about 50 miles from where a July 20 video was captured in Baraga County.

The photo was posted on social media, but the department could not confirm the location or source until the photo's owner saw a newspaper story and contacted the DNR.

Other confirmed UP cougar sightings this year include three from Dickinson County, two from Marquette County, and one each from Baraga, Delta, Houghton, Luce, and Schoolcraft counties.

There have been 74 confirmed cougar reports in Michigan since 2008. However, this does not mean there are that many cougars in the state because some sightings could have been the same animal.

Related: Roadside parks in UP close for season next week

This year continues a three-year trend of the highest number of cougar reports confirmed over the past 14 years. Eleven reports were confirmed in 2019 and 15 were confirmed last year. Norton said increased use of trail cams could be the reason for this rise in reports.

According to the DNR, previous generic research has shown that cougars are coming from states west of Michigan, and there has been no evidence that the animals are breeding in the UP.