LANSING, Mich. - Michigan's vaccine outlook is coming into focus after its health department confirmed it would be receiving tens of thousands of additional doses of the COVID-19 vaccine.

So far, the state has distributed 831,150 total vaccines around the state. But for officials' expectations of vaccinating 70% of Michigan's population by the end of the year to become a reality, the rate of administering will need to be much higher.

In a preliminary timeline from the health department released this week, experts expect to make everyone eligible for the vaccine by August.

Next week, the state had already anticipated receiving 62,400 doses of the Pfizer vaccine. Late Wednesday, health officials also learned of an additional 60,000 doses of the Moderna vaccine. Those extra doses will come out of the long-term care "bank" of providers like CVS and Walgreens, a spokesperson for MDHHS said. 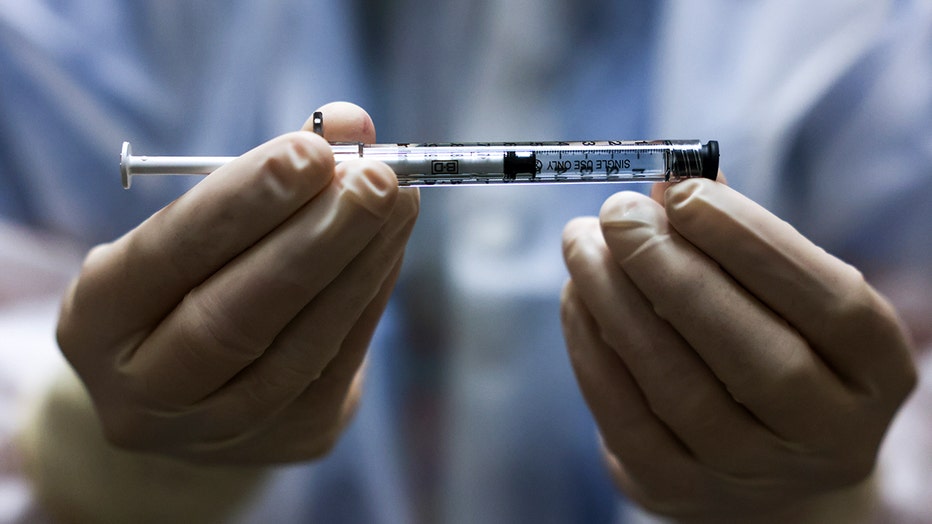 Medical center holds COVID-19 vaccine before it is administered in a clinical trial. (Michael Ciaglo/Getty Images)

"This is based on the amount of vaccine that has been ordered by CVS and Walgreen's and the number of clinics they have scheduled for this coming week," said Lynn Sutfin. "We recognize that there is not enough vaccine for every currently eligible individual with the limited supplies we have and vaccine providers are not able to get all the vaccine they have requested. This is why we have asked the federal government to give the State of Michigan more vaccines."

The state has been criticized for its slow rollout, with county executives pointing fingers at the governor for overselling the number of doses that were coming for Michigan.

But officials have said an underwhelming supply of vaccines delivered after the federal government promised more. A spokesperson said during a press conference this week that a lag in reporting the official number of doses could also be attributed to the low number of shots that have been given to residents.

Of the nearly 831,150 vaccines the state has distributed, less than half have been injected into patients' arms. 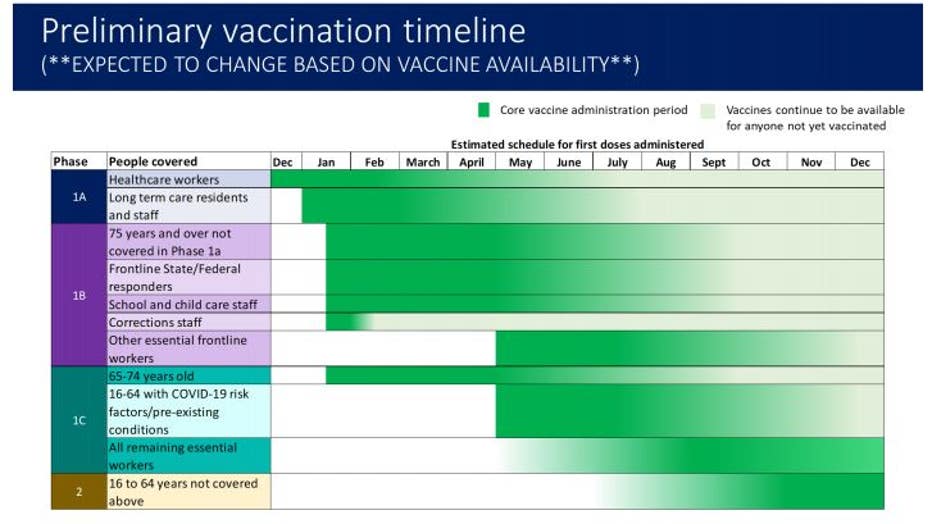 Michigan is currently in phase 1B of its vaccine rollout plan, which includes an array of elderly groups, essential staff, as well as teachers and police.

A preliminary timeline for vaccinating says people ages 16-64 with COVID-19 risk factors and pre-existing conditions will likely start getting the jab near the end of April. Anyone else not covered will start getting vaccinated around August.

The health department warns the timeline can change based on the availability of the vaccine.