WARREN, Mich. (FOX 2) - The race for the nomination for the Republican ticket for the Michigan governor's race is still to be decided but the field is down to five and, on Thursday, they'll debate in Warren.

Macomb County is hosting is gubernatorial debate Thursday night at the Royalty House Banquet Facility on 13 Mile Road in Warren.

The five who are currently on the primary ticket will all be in attendance for the debate and includes Tudor Dixon, Ryan Kelley, Ralph Rebandt, Kevin Rinke, and Garret Soldano.

Five leading candidates including James Craig and Perry Johnson, were blocked from the ballot after signatures were found to be fraudulent.

Thursday night the candidates each sounded off include the state aftershocks of Roe v. Wade being overturned by SCOTUS, Gov. Gretchen Whitmer's lockdown policies during the pandemic, Critical Race Theory in schools, election questions from 2020 and more.

Charlie Langton is the moderator, while the panelists who asked the questions are ML Elrick, Detroit Free Press columnist and Patty McMurray, author at 100PercentFedUp.com.

The debate is one of the most important ones of the year and is the first time the five candidates will all be on the stage together. While they may agree on some topics, they won't agree on all. 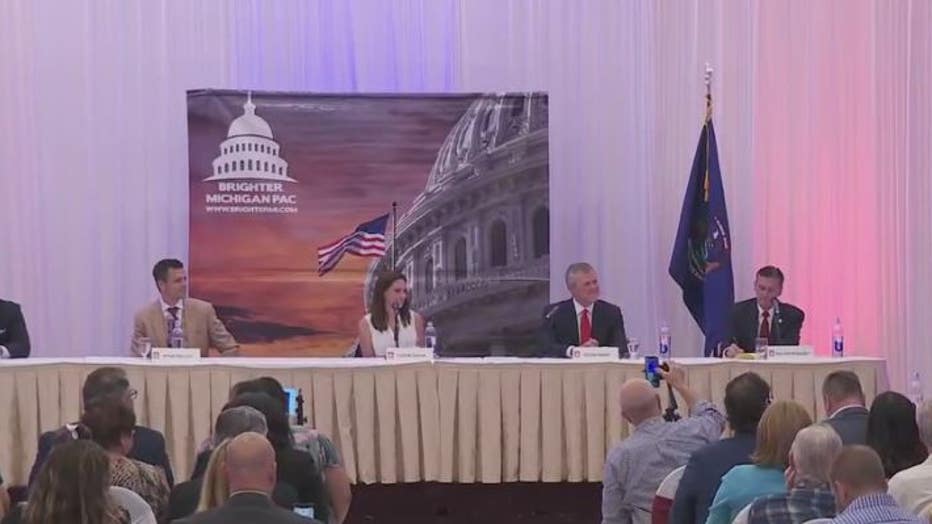