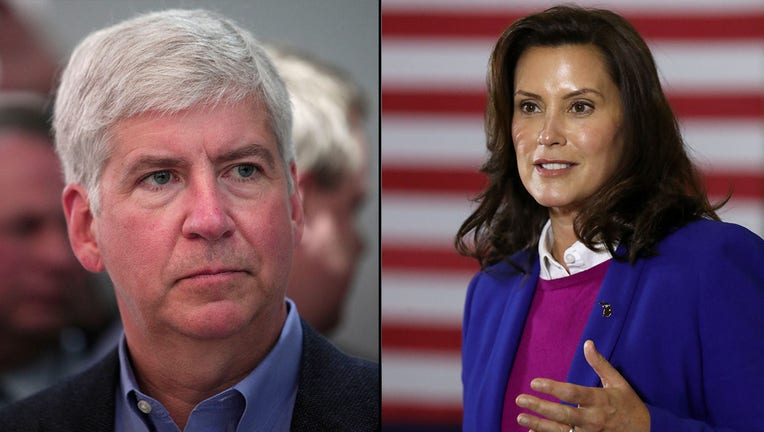 (FOX 2) - Michigan Democratic Gov. Gretchen Whitmer and former Republican governor Rick Snyder joined one another Wednesday to call for national unity after the U.S. Capitol was sieged earlier in the afternoon by President Donald Trump supporters during Congress' meeting to count electoral votes.

"What is unfolding today in our nation’s capital is truly appalling. Violence, vandalism, and insurrection have no place in this great country of ours. We are a nation of laws, not mobs," Whitmer said.

"While we come from different backgrounds and political parties, Governor Whitmer and I share a deep love for our country," Snyder said. "We must always remember that we are Americans first, and we are not one another’s enemy. That’s why I join with Governor Whitmer in calling on people of goodwill across America to pray for peace, calm, and healing."

"Now is the time to put this election behind us once and for all," Whitmer added. "We must unify as one nation to defeat our real enemy, which is the pandemic that has taken far too many of our friends, neighbors, and loved ones. As Americans, there is no problem we can’t solve, and no challenge we can’t meet. Let's all stay safe. Let’s take care of each other. And let’s move forward together, as one United States of America."

Gov. Whitmer also posted a video to Twitter in which she said she was "appalled" at the happenings at the Capitol.

"We had an election. We voted. Now, we need to work together to move forward," she said.

The House and Senate convened for a joint session Wednesday at 1 p.m. ET  to confirm Joe Biden’s 306-232 Electoral College victory but had to halt deliberations after violent supporters of Trump stormed the Capitol.

Senators were being evacuated, while some House lawmakers tweeted they were sheltering in place in their offices. Some of those who stormed the Capitol were seen fighting with officers both inside the building and outside.

Meanwhile, police used tear gas and percussion grenades to begin clearing the pro-Trump crowd from the grounds of the Capitol ahead of a curfew in Washington.

Earlier in the day, police said at least one person was shot inside the Capitol. Their condition was not immediately known but later Wednesday an Associated Press source said the woman had died.

The district's police chief said at least 13 people were arrested, and five firearms had been recovered during the pro-Trump protests on Wednesday.