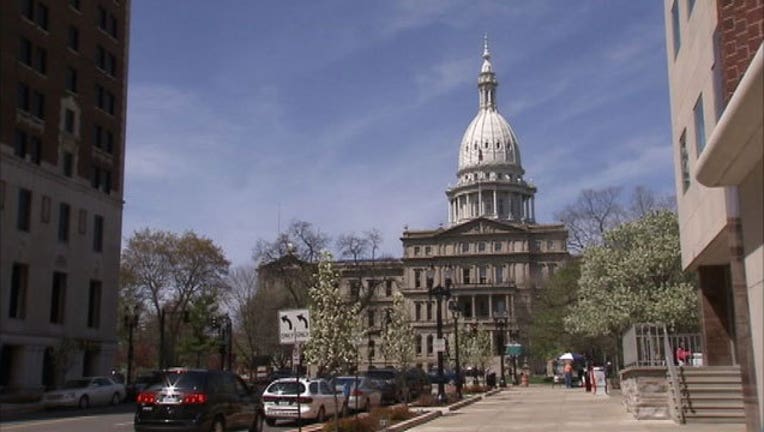 LANSING, Mich. (AP) - The Michigan House approved a $56.7 billion budget plan Tuesday that would boost spending on school security after the Florida high school shooting and cut funding for universities that fail to comply with proposed sexual misconduct rules in the wake of the Larry Nassar scandal.

The two spending measures cleared the Republican-controlled chamber on 71-36 and 66-41 votes, mostly along party lines. After the GOP-led Senate OKs its own budget blueprint and new revenue estimates are released in mid-May, the Legislature and Gov. Rick Snyder will likely finalize a budget in June - months before the next fiscal year starts in the fall.

GOP leaders touted what would be the largest increase in base per-student funding in 17 years. The $120 to $240 hike aligns with Snyder's plan, including record-high spending on road repairs, investments in workforce development and school and campus safety, and general fund spending that would be smaller than in the current year.

Democrats, however, said more must be spent on deteriorating roads and financially struggling local governments. They unsuccessfully tried to ensure $8 million in funding to restore free bottled water in Flint, where Snyder recently cited the improved quality of tap water in ending the service.

"The budget abandons an entire city of our citizens in their continued time of need," said Rep. Pam Faris, a Clio Democrat. "If the water on your faucet was already poisoned and you had received some mixed information you didn't understand on whether it was safe or not, would you drink it? Would you give it to your toddler?"

Unlike Snyder's plan, the House budget calls for the closure of a prison. It also does not include the Republican governor's proposed fee hikes to pay for water infrastructure and the environmental cleanup of old industrial sites.

House Appropriations Committee Chairwoman Laura Cox, a Livonia Republican, said "what he proposed is just a little bit too steep, so there's just no appetite for that at this time."

She cautioned that it remains early in the budget process but contended that the initial blueprint would rein in state general fund spending while also targeting key needs such as school-security upgrades, a confidential tip line to prevent school violence and student suicides, and eliminating a backlog on testing rape evidence kits.

Under the House education bill , Michigan State University - where Nassar worked and sexually assaulted young female patients - and the state's 14 other public universities would lose 10 percent of their operations funding if they do not meet certain requirements such as prohibiting the use of in-house medical experts in investigations under Title IX, the federal law that prohibits sex discrimination.