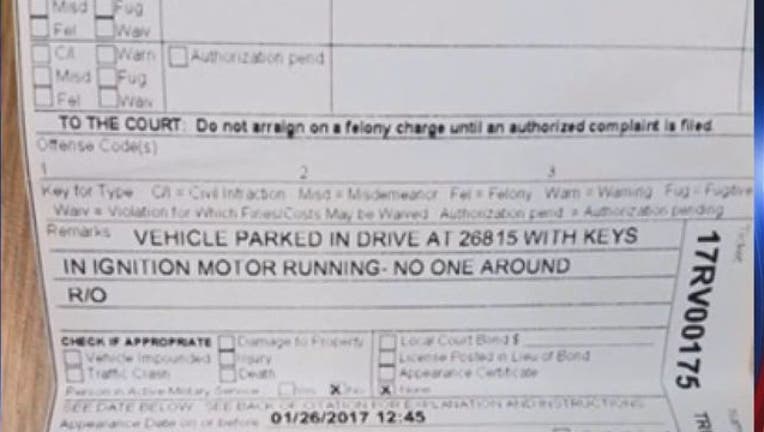 LANSING, Mich. (WJBK) - A the Michigan House of Representatives has passed a bill that will amend the state vehicle code by allowing you to start you car and leave it running in your own driveway.

A state rules requires people to stop the engine and remove the ignition key before letting a vehicle stand unattended. The bill would keep the prohibition in place only for vehicles parked on public streets.

The sponsor, Republican Rep. Holly Hughes of Montague says warming up or cooling down a car is common practice.

The legislation goes to the Senate. It's opposed by cities and others who say it would make it easier to steal cars.

The law became a hot button issue in Michigan and around the country earlier this year when a Roseville man was issued a $128 ticket for leaving his car running in the driveway on a cold January morning. Nick Taylor appealed the ticket and it was upheld by a Michigan judge. He promised to appeal the ruling.

At the time of his ticket, Roseville Police Chief James Berlin said the ticket was issued due to public safety.

"This is purely a public safety issue. You can't do it. You see it all the time, people hop in a running car and Steal them. Something bad happens when that occurs," Berlin said.

Taylor posted his ticket to Facebook, along with a few choice words about the officer, and thousands of people commented and shared the photo. He admitted that he regretted the foul language that he used.

Berlin said that if he had remote start, it wouldn't have been an issue.

If the bill passes the Senate and is signed into law by Governor Rick Snyder, it would go into effect within 90 days and in time for this winter.