(FOX NEWS) - A Michigan man has admitted to intentionally sabotaging his brother by spraying deer repellent around his hunting stands.

The Michigan Department of Natural Resources (DNR) recently responded to a complaint of hunter harassment during firearm deer season in Newaygo County. The complainant accused his brother of harassing him while hunting on private land the pair owned together. 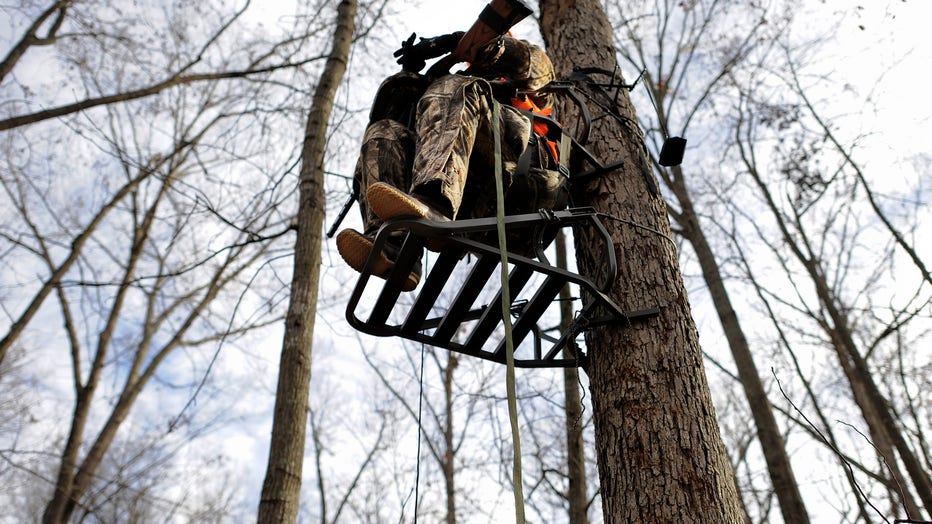 Glenn Waleska, of Warrenton, VA sits in a tree stand during a deer hunt at Conway Robinson Memorial State Forest on Monday November 25, 2013 in Gainesville, VA. (Photo by Matt McClain/ The Washington Post via Getty Images)

The DNR collected and tested samples of the liquid sprayed on the stands.

According to reports, officer Wells confronted the suspect as he was hunting in his blind. The man confessed to tampering and harassment. He was also found to have been illegally hunting using bait, Michigan Live reports.

The man was reportedly upset because he felt his brother was intentionally cutting off the deer by hunting the public land next to the private camp the pair owned, the Department of Natural Resources shared.

The man reportedly apologized and admitted to spraying "liquid fence," which is used as a repellent for deer.

A warrant request has been submitted by the DNR for hunter harassment and using bait, the outlet reported.

A spokesperson for the DNR did not immediately respond to a request for comment from Fox News.