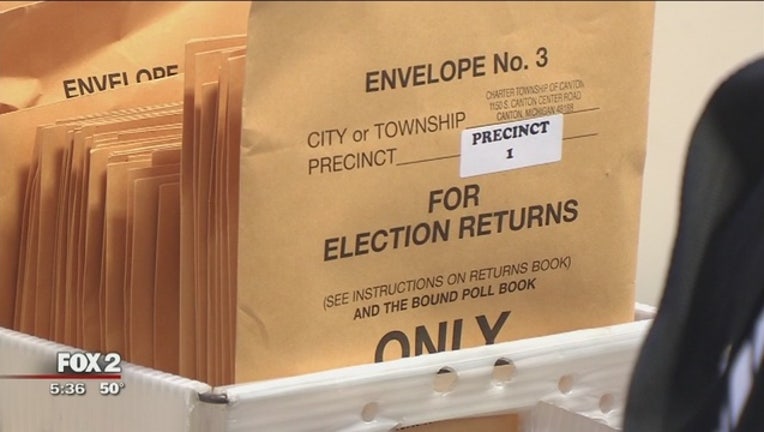 (FOX 2) - Pending court approval, Michigan voters will now be able to take pictures of their ballots while in the voting booth under a recent settlement.

According to state officials, the secretary of state settled a federal lawsuit that challenges the state's ban on ballot photography. Both parties agree to dismiss the case and allow voters to snap a picture of their own ballot -- but only while they're in the voting booth.  The ban on displaying completed ballots has been around since 1891, more than a century before camera-equipped pocket phones.

You still can't take pictures in the area where voting is taking place or share ballot images within 100 feet of the polling place, which is the where electioneering is prohibited.

"We reached a resolution that allows voters to have a full opportunity to express themselves, while at the same time ensuring that voters retain the ability to vote in private and without disruption or discomfort," Secretary of State Jocelyn Benson said in a release. "As Michigan's chief election officer, I am committed to policies that encourage and support voter participation and engagement, along with elections that run smoothly and securely."

In 2012, Joel Crookston, a voter in the Kalamazoo area, took a picture of his ballot and posted it on social media. He wasn’t challenged by election officials, but a lawyer warned him that it was illegal and could disqualify his ballot.

In 2016, Crookston v. Johnson was filed in the U.S. District Court for the Western District of Michigan in Grand Rapids. Benson became the defendant when she took office in January, and the state attorney general's office represented the secretary of state.

Benson’s office and Crookston reached a deal in April. But no details were released until Wednesday, a day after local elections around Michigan.

The agreement says voters can photograph their marked ballot. They still can’t take a photo of themselves in a polling place.

"Secretary Benson's revised instruction regarding ballot photography is uniquely within the secretary's purview in her role as the state's chief election officer and supervisor of local election officials," Attorney General Dana Nessel said in a release. "The revised instruction directly led to settlement of this case. The instruction, which allows limited ballot photography but not 'ballot selfies' or other photography, strikes an appropriate balance between the freedom of speech and the need to protect the secrecy of the ballot and the decorum of the polling place."