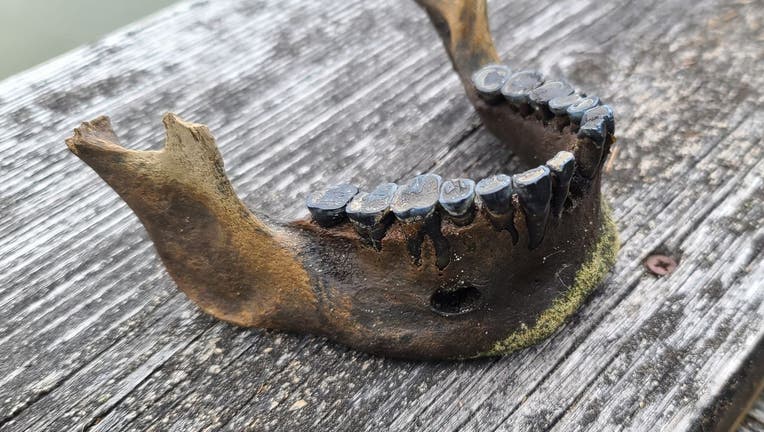 HART, Mich. - A human jawbone with more than a dozen teeth has been discovered in Silver Lake in Michigan's northern Lower Peninsula.

The jawbone was found Sunday when someone stepped on it while removing a dock from Silver Lake. It has been sent to anthropologists at Michigan State University for analysis.

No other bones were found.

The county has some missing person cases. But the sheriff said the age of the jawbone probably doesn't fit those investigations.