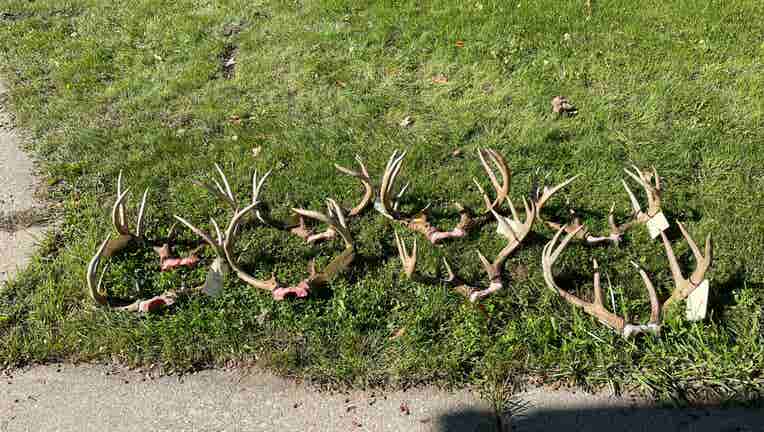 VAN BUREN COUNTY, Mich. - A Van Buren County man is heading to jail, will be fined, and be given a lifetime ban on hunting privileges after he poached trophy bucks.

Justin Ernst, 33, of Decatur, pleaded guilty this week after he illegally took nine trophy bucks in 2021, the Michigan Department of Natural Resources said.

"We’re satisfied that this criminal will be imprisoned for robbing ethical hunters, damaging crops and endangering others by recklessly driving through fields and shooting deer at night," said David Shaw, assistant chief, Michigan Department of Natural Resources Law Enforcement Division.

Ernst pleaded guilty in the 36th Circuit Court in Van Buren on Monday.

He first came onto the DNR's radar during a domestic violence investigation initiated by Michigan State Police on Oct. 17. While there, they contacted the DNR's conservation officers after noticing several deer in a nearby barn where Ernst reportedly spent much of his time.

Officers seized eight illegal bucks in the barn. Five were 10-pointers and three were eight-pointers.

Two days later, an anonymous tip to the DNR's poaching hotline stated that Ernst had taken another deer, raising his total to nine illegally taken deer.

MORE: Judge restores protection for gray wolves in Michigan, across much of U.S.

He pleaded guilty to felon in possession of firearm, obtaining a hunting license when ineligible, and illegal taking and possessing whitetail deer.

As part of his plea deal, Ernst was ordered to pay $25,000 in restitution. He'll forfeit all seized items and must serve between 18 months and five years in prison.