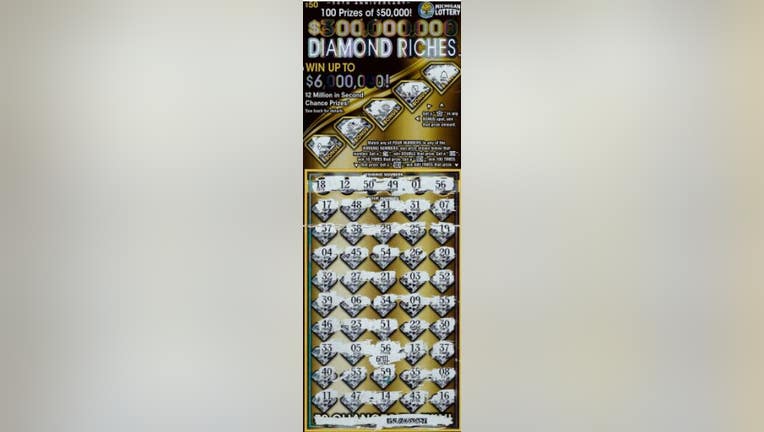 "It’s really unreal to be sitting here collecting $6 million," he said. "I haven’t stopped shaking since I scratched the ticket off."

The man, who chose to remain anonymous, bought the ticket at Vanderbilt Downtown EZ Mart at 8114 Mill Street in Vanderbilt.

"I heard about the new $50 ticket and told my friend I was going to buy one on pay day," he said. "I didn’t think I would actually win the top prize, but I still wanted to try it.

"We stopped at the store on the way to work so that I could buy one, and I scratched it when I got in my car. When I saw I had won the $6 million prize, I started shaking and showed my friend. We were both freaking out!"

The man chose to receive his prize as a one-time lump sum payment of about $4.1 million rather than 30 annuity payments for the full amount.