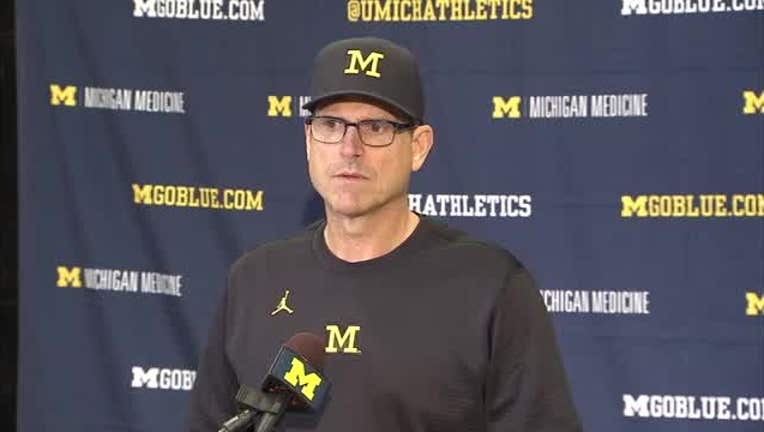 The Wolverines need a confidence-boosting win after a lopsided loss at Wisconsin followed by lackluster victories against Army in double overtime and Middle Tennessee. The Scarlet Knights potentially have an opportunity to pull off a stunning upset and their first win over a ranked team in nearly a decade.

Michigan QB Shea Patterson against Rutgers' pass defense: Patterson has played through oblique and shoulder injuries. He may have to play through more pain with Dylan McCaffrey out with a concussion. Patterson completed 43.8% of his passes last week, barely surpassing his career low. The Scarlet Knights allowed Iowa QB Nathan Stanley to connect on 57% of his passes, including three touchdowns in a 30-0 win.

Rutgers: RB Isaih Pacheco ran for a career-high 156 yards and four touchdowns in the season-opening win over Massachusetts and was held to a total of 89 yards rushing without a score in losses to the Hawkeyes and Boston College. He had an 80-yard touchdown run against Michigan last year and finished with 142 yards rushing.

Michigan: RB Christian Turner. He may get a chance to be the team's go-to player out of the backfield with freshman Zach Charbonnet appearing to be limited with an undisclosed injury. Turner might have an opportunity to surpass career highs he set last year against Nebraska with 10 carries and 55 yards rushing.

The Wolverines are coming off a 35-14 loss to the Badgers. ... Rutgers' last win over a ranked opponent was Nov. 12, 2009, against No. 23 South Florida and coach Chris Ash is 0-12 against teams ranked in the AP poll. ... Michigan LB Khaleke Hudson is averaging 11.3 tackles per game, ranking second in the Big Ten and ninth in the nation. ... Ash is 8-31 overall and 3-25 in the Big Ten over three-plus seasons. ... The Wolverines have not lost consecutive games in the regular season since setbacks at Wisconsin and against Ohio State to close 2017. ... Rutgers is allowing a Big Ten-low 0.67 sacks per game.