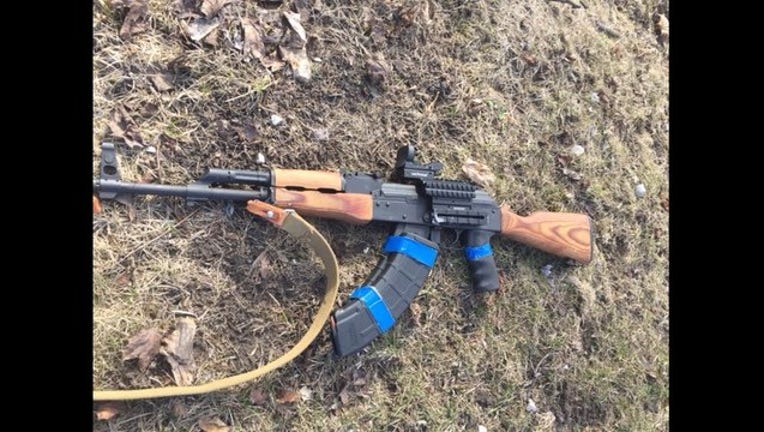 The gun police said the man was carrying when he was shot and killed by police. Image: Police handout.

MANISTEE, Mich. (AP) - Authorities say a 73-year-old man has died after being shot by a police officer in Michigan.

Manistee Public Safety Director Dave Bachman says the officer shot Lee Pat Milks after the man came out of a house with a gun Tuesday evening and told the officer to go away. Police say the officer was conducting ordinance enforcement, which can involve such things as investigating blight complaints and abandoned vehicles.

Investigators say they don't believe he fired at the officer, who wasn't hurt.

Michigan State Police are investigating. Bachman says the officer is on paid administrative leave during the investigation.