FOX 2 - A Civil Rights group is suing the state's prison system for taking photos of Muslim women without their religious headscarves or hijabs.

"It's embarrassing it is humiliating and it is degrading for Muslim women," said Amy Doukore.

Out of respect for the women, FOX 2 has blurred some of the pictures that appear on the website's offender search that have now sparked a federal class action lawsuit against the MDOC.

More than 15 Muslim and Moorish science incarcerated women have come forward saying they were forced to take off their religious headscarves for booking photos. The photos were not only shown on their prison ID cards but on the public Michigan Department of Corrections website for anyone to see.

That exposure says Doukore, an attorney, is a violation of their religious and women rights.

"The stripping of the hijab for a Muslim woman is equivalent of making a non-Muslim woman walk around topless or shirtless in front of men and then publishing them to a website," Doukore.

Out of respect for the women, FOX 2 has blurred some of the pictures that appear on the website's offender search that has now sparked a federal class-action lawsuit against the MDOC.

The Council on American and Islamic Relations says the prison system's policies mainly at the women's Huron Valley Correctional facility in Pittsfield Township, are out of step with state and federal standards. 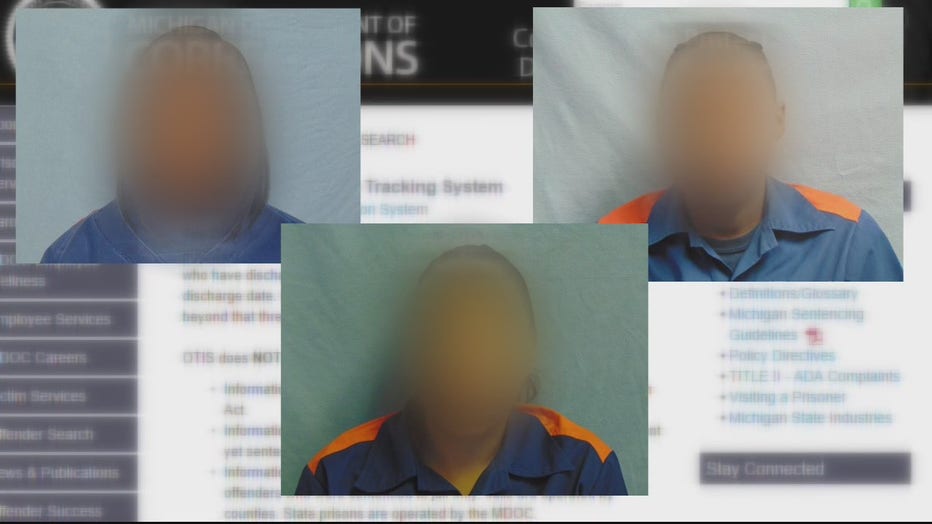 A lawsuit was filed on behalf of Muslim women forced to take mugshots without religious hijabs on.

For more than two years they tried to work with administrators to update the policies forcing women to remove their hijabs for public photos - but Doukore says they were not interested.

"It is really important that people understand just because they are incarcerated that doesn't mean they lose their religious liberties," she said.

This is just one in a series of lawsuits CAIR says they have had to file because MDOC does not take Muslim religious rights seriously.

The MDOC tells FOX 2 they just received the lawsuit and is reviewing it - but they do not comment on pending litigation.