After receiving high marks in March for its social distancing, Michigan received an abysmal D- for its current efforts amid the COVID-19 pandemic.

While state health officials are receiving an array of positive indicators that residents are abiding by sheltering-in-place rules, it appears calls to socially distance aren't carrying the same weight they once did.

Scoring from Unacast, which measures different metrics like average distance traveled and visits to non-essential venues, found the bulk of Michigan's counties received either a D or an F.

Of the areas that appear to be violating the guidelines administered by federal agencies like the CDC and FDA are some of the state's most populated counties. While Oakland, Wayne, and Washtenaw Counties received D's, Macomb County earned an F. No county in the lower half of the state scored higher than a D. Several counties further north earned higher marks, including Alger and Ontonagon County which both scored A's. 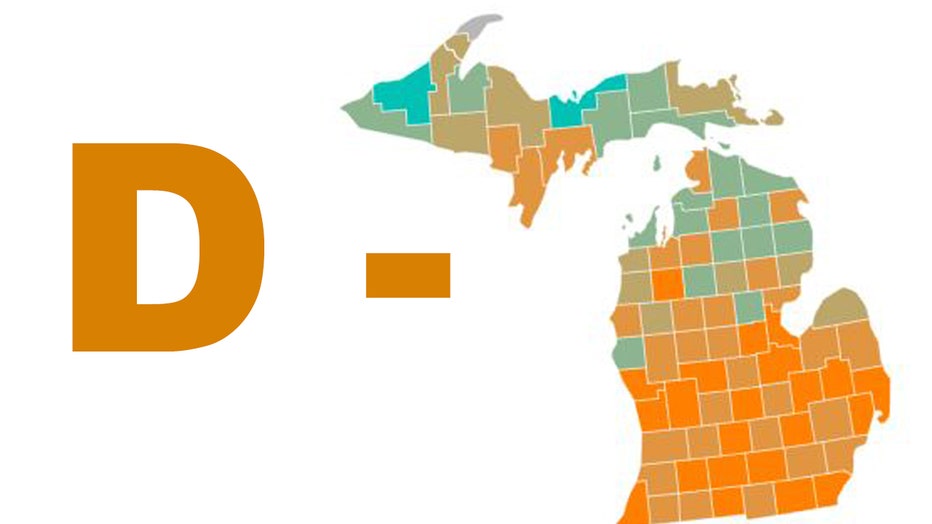 Prior to COVID-19's arrival in March, there had been little change in travel from the beginning of the year. Per Unacast's measurements, travel fell almost 40% in the first three days after the first reported cases of coronavirus in Michigan. It eventually bottomed out in late March closer to 60% as cases spiked to their highest rates.

Since then, travel has ticked up slightly. So has visits to non-essential places and encounters with other people.

How this impacts Michigan's COVID-19 spread will be an answer that won't come for a few weeks. It takes a couple of weeks for symptoms linked to the coronavirus to show themselves. Michigan is also well behind in its recommended testing capacity if it wants to reopen sectors of its economy, experts say.

Calls to continue social distancing may only fall on more deaf ears as the weather warms up and Memorial Day appears on the horizon. Despite mass-cancelations of events, officials believe people will continue growing more anxious to leave their house the longer the pandemic persists.

Michigan's grade in mid-May is the same as the nation as a whole, which also received a D-.