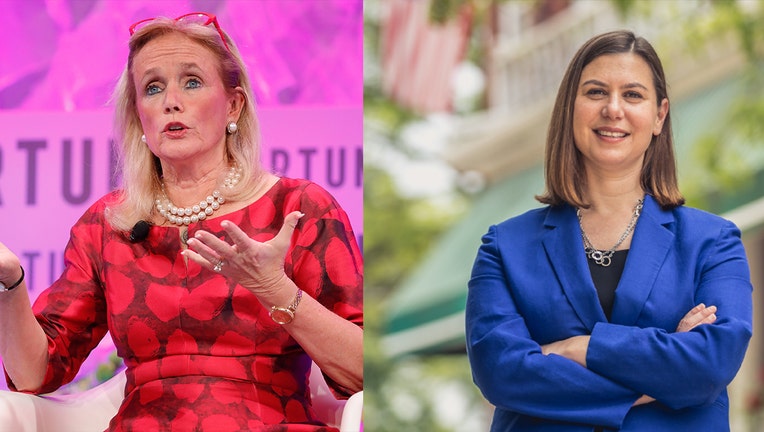 (FOX 2) - In light of new allegations against President Trump, two U.S. Representatives from Michigan said they are ready to move forward on impeachment.

Representatives Elissa Slotkin, D-Holly, and Debbie Dingell, D-Dearborn, both announced on Twitter late Monday night that if reports against Trump were true, they would constitute an impeachable offense.

The calls come after media reports that Trump had withheld military funding for Ukraine that Congress had authorized to defend against Russian-backed insurgents in the region. Trump allegedly withheld that funding to use as leverage against the Ukrainian president, in order to pressure him to look into Joe Biden's son.

In addition to the tweet, Slotkin, a freshman representative who represents Michigan's 8th district, authored an opinion piece in the Detroit Free Press Monday night giving reasons for her decision. "The President of the United States allegedly attempted to use the power of his office to pressure a foreign country, Ukraine, into investigating his potential political opponent."

While more than 100 Democratic representatives and one Independent lawmaker in Congress have made calls for an impeachment inquiry into Trump, the latest calls from more moderate Democrats from Michigan represents a growing consensus from House members to begin impeachment inquiries. Dingell made her call around the same time Slotkin's editorial was published.

Trump has denied claims he threatened to hold back funding, but has confirmed he did discuss Biden, one of the highest polling presidential candidates, with the Ukrainian president. Following explosive reports in recent weeks of a whistleblower complaint made against the president, Trump downplayed the content of the phone calls.

However, several leading Democratic lawmakers, including House Speaker Nancy Pelosi haven't joined the fray of representatives in ordering an impeachment inquiry. If proceedings did go through, it would be met with a Republican-controlled Senate that would almost certainly be defeated. The only conservative member of Congress to call for impeachment is Justin Amash, a former member of the Republican Party who now considers himself an Independent.

The lawmakers are joined by other Michigan Democrats, including Rashida Tlaib, Dan Kildee, Brenda Lawrence, Andy Levin and Haley Stevens who are calling for an impeachment inquiry.