SOUTHFIELD, Mich. (FOX 2) - On Friday, the Supreme Court ruled to overturn Roe v. Wade. In the decision, which makes the decision on the legality of abortions and issue for states to solve. As Democratic leaders promise to fight the ruling, Republicans in Michigan are declaring victory.

Shortly after the 6-3 ruling, Michigan's verified GOP Twitter account retweeted the national GOP's post that featured a photo of the high court with the words ‘Life Wins’ in bold letters.

"Today, the Supreme Court issued a historic opinion as they overturned Roe v. Wade, in a huge win for life and state rights. Life has and always will be protected by our Constitution, as proven today by the high court, and we will continue defending the most vulnerable among us here in Michigan, too. This is a cause for celebration as many innocent babies will no longer have their lives cut short and will be allowed a chance that many others were not given – life."

The ruling on a case known as Dobbs v. Jackson Women’s Health Organization sets in motion a series of events that will likely lead to abortion being banned or severely restricted in roughly half of the 50 states.

"We therefore hold that the Constitution does not confer a right to abortion. Roe and Casey must be overruled, and the authority to regulate abortion must be returned to the people and their elected representatives," Alito wrote, in an opinion that was very similar to the leaked draft.

Authority to regulate abortion rests with the political branches, not the courts, Alito wrote. 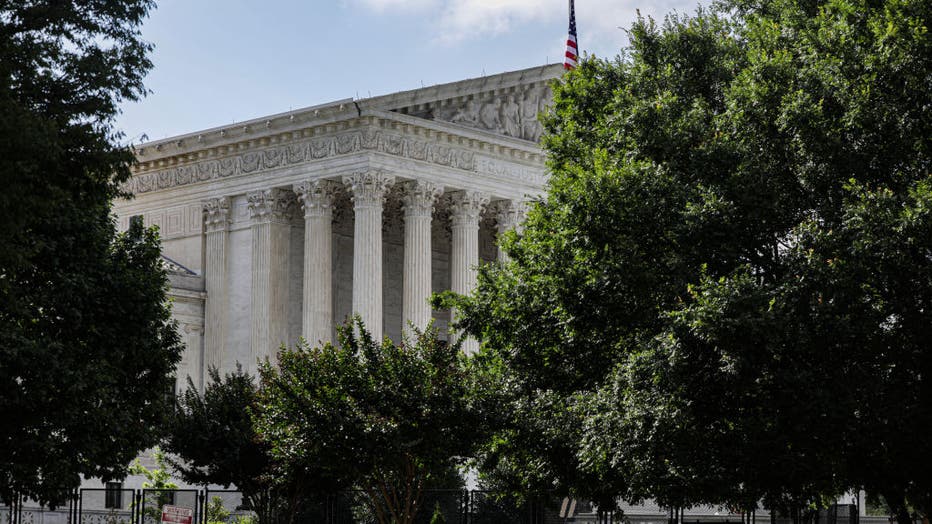 The US Supreme Court in Washington, D.C., US, on Friday, June 24, 2022. A deeply divided Supreme Court overturned the 1973 Roe v. Wade decision and wiped out the constitutional right to abortion, issuing a historic ruling likely to render the procedu