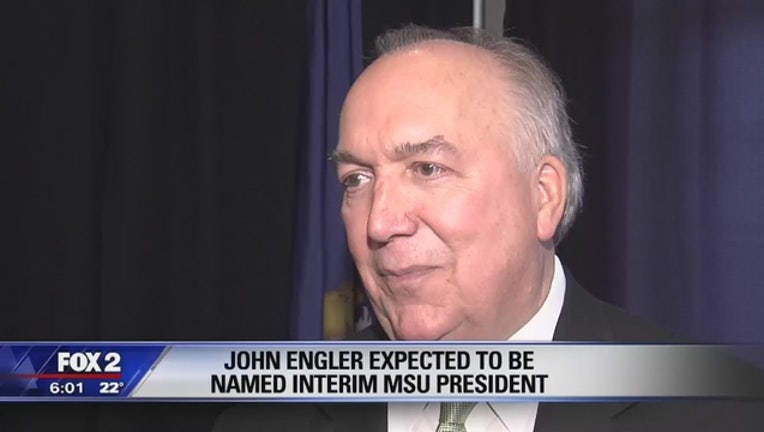 EAST LANSING, Mich. (AP) - Michigan State University faculty are moving ahead with a motion to hold a no-confidence vote on the school's board of trustees in response to the board's decision to hire former Gov. John Engler as interim president.

Members of the university's Academic Congress overwhelmingly approved a measure Saturday to hold the vote at the Faculty Senate's next meeting.

If that vote passes, faculty would call on the trustees to step down immediately.

Faculty members say the board rushed to appoint Engler and they criticized his lack of academic experience.