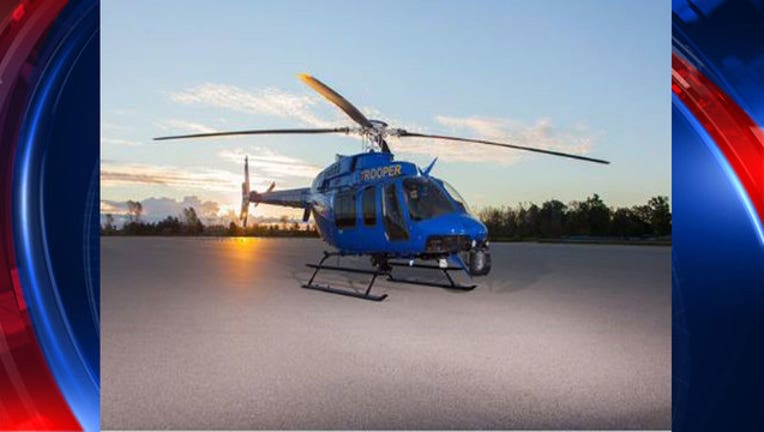 Michigan State Police reported some used a laser on its helicopter Trooper Two on Friday night.

"These laser hits are serious business! If you have info call 911," the tweet said.

It is not the first time a laser incident like this has happened. In March a Wyandotte man was charged with injuring a state police pilot shining a laser, also at Trooper Two.

At the time Michigan State Police Lt. Michael Shaw said that the officer was made temporarily blind and suffered headaches afterward.