DETROIT (FOX 2) - Michigan State troopers responded to a five-car crash on the highway early Wednesday morning where one person was killed after getting out of their car following the crash.

Around 5:25 a.m., officers were dispatched to westbound I-94 near Grand River.

A preliminary investigation revealed a car had been blocking the left lane of westbound I-94. Footage from a helicopter showed the crash involved four cars and a tractor-trailer.

While troopers were heading there, a second call came in about a rollover crash.

Police said the driver of the first crash got out and was struck by another vehicle and killed. At one point, all lanes were blocked and travel had slowed to a crawl.

Police ask people to avoid the area as an investigation is ongoing. 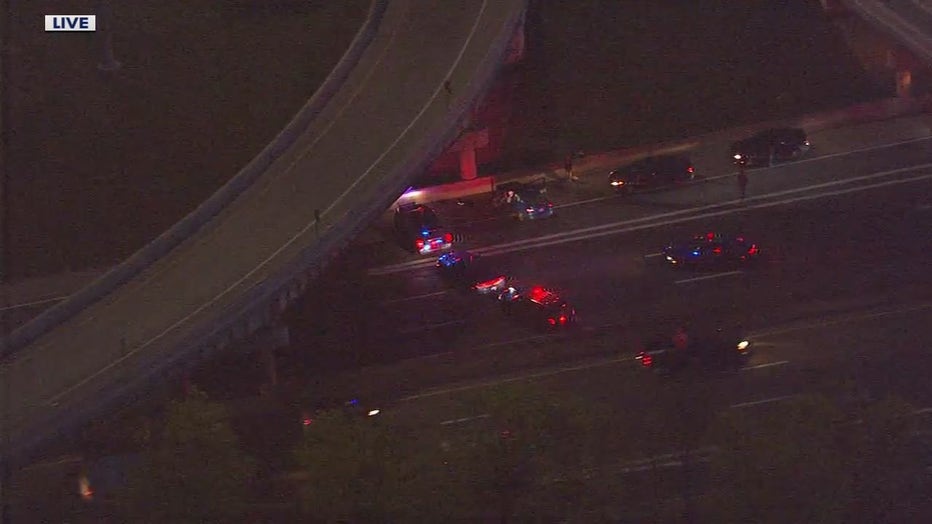