"It's not just about race, it's about grace, it is about mercy, it is about second chances," she said in a phone interview. "We need to have an overhaul of our entire justice system."

"Mr. Kilpatrick received a fair and just sentence," Schneider said. "And also he has only served one-quarter of his sentence - that's it. He also did tremendous to the city and so we are opposed to having Mr. Kilpatrick back out on the street."

But Dagnogo says Kilpatrick was given an excessive punishment -rooted in racial bias.

She shared photos on social media from tonight's reception as she briefly crossed paths with the president. 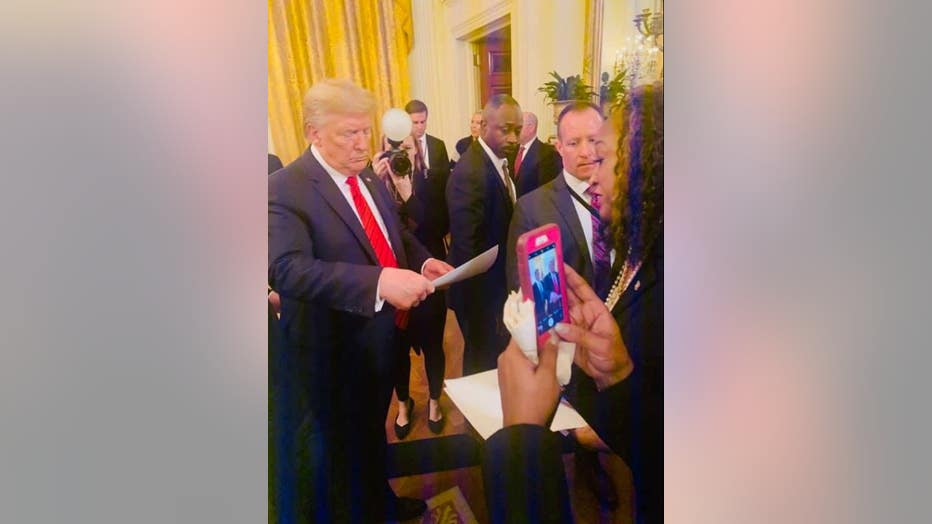